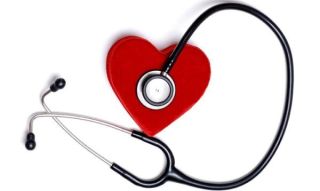 Keeping your heart healthy could also benefit your brain, hints a new study suggesting that people who have risk factors for heart disease in middle age are also at increased risk for dementia later in life.

The study analyzed information from more than 15,000 U.S. adults who started the study when they were ages 45 to 64 and were followed for 25 years. During the study, about 1,500 participants developed dementia.

People who had diabetes or high blood pressure at the start of the study, or who smoked at that time, were at increased risk for developing dementia about 25 years later. (All three of these factors are known to increase the risk of heart disease.) [6 Big Mysteries of Alzheimer's Disease]

"The health of your vascular system in midlife is really important to the health of your brain when you are older," study researcher Dr. Rebecca Gottesman, an associate professor of neurology and epidemiology at Johns Hopkins University in Baltimore, said in a statement. "If you want to protect your brain as you get older, stop smoking, watch your weight, and go to the doctor so diabetes and high blood pressure can be detected and treated," Gottesman said.

Dementia refers to a group of symptoms — such as memory loss and problems with communication — that result from changes in the brain. There are many diseases and conditions that can cause dementia, including Alzheimer's disease.

A growing body of evidence suggests that the risk of dementia is increased by conditions that damage the heart or blood vessels, such as high blood pressure, diabetes and stroke, according to the Alzheimer's Association.

The researchers note that the new study did not test whether treating heart disease risk factors actually lowers dementia risk. To take a look at exactly how these factors may increase the risk of dementia, more research is needed, the researchers said.

The study was presented today (Feb. 22) at the American Stroke Association's International Stroke Conference 2017 in Houston.