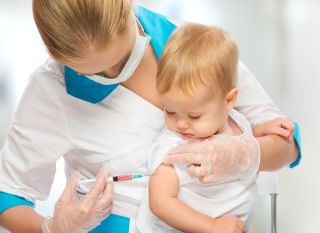 Most Americans think vaccines are beneficial for health, and that children should be required to get them, according to a new poll.

The poll, from Pew Research Center, found 82 percent of U.S. adults say healthy children should be required to get the measles, mumps and rubella (MMR) vaccine in order to attend school, while just 17 percent say parents should be able to decide not to vaccine their kids.

Some reports have found that people in more affluent communities are less likely to vaccinate their children, which has led to speculation that people with higher incomes are more concerned about vaccine safety, Pew said. But the new poll found people with higher incomes tended to have a positive view of vaccines — 97 percent of those with a family income of $100,000 a year or more said that the benefits of the MMR vaccine outweigh the risks, and 78 percent rated the risks of the vaccine as low.

Among those with a family income of less than $30,000 a year, 60 percent rated the risks of the MMR vaccine as low, and 79 percent said the benefits outweigh the risks.

Historically, some people with concerns about vaccines have cited a now-widely discredited study linking the MMR vaccine to autism. There are now more than 20 rigorous scientific studies that have failed to find a link between the MMR vaccine and autism, and the original study was retracted, according to the Centers for Disease Control and Prevention.

The poll results are based on interviews with 1,549 Americans ages 18 or older, which took place from May to June 2016. The survey sample is nationally representative, and the poll's margin of error is 4 percent, Pew said.