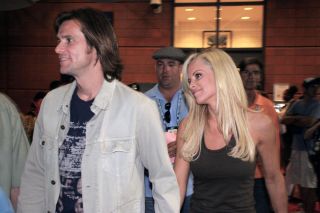 Health officials in the San Francisco Bay Area are warning local residents that thousands of them may have been exposed to measles, a potentially deadly disease that was once eliminated in the United States but has rebounded in recent years.

The latest measles threat started when an infected student at the University of California, Berkeley, rode the Bay Area Rapid Transit (BART) train system earlier this month, possibly exposing hundreds of thousands of people to the disease, the Los Angeles Times reports.

And in a worrisome trend, it's the college-educated residents of affluent areas who are skipping vaccinations. "It's that whole natural, BPA-free, hybrid-car community that says, 'We're not going to put chemicals in our children,'" Dr. Nina Shapiro, of UCLA's David Geffen School of Medicine, told Salon.com. [5 Dangerous Vaccination Myths]

Measles is a highly contagious respiratory disease caused by a virus; symptoms include rash, fever, runny nose and cough. A measles infection can lead to pneumonia, encephalitis and meningitis — one or two out of every 1,000 infected children will die, according to the Centers for Disease Control and Prevention.

Because of successful vaccination efforts, measles had virtually disappeared from the developed world, though it continues to spread elsewhere, causing about 164,000 deaths worldwide each year, the CDC reports.

In recent years, however, measles outbreaks have been reported throughout the United States and other Western countries. In 2013, 189 U.S. cases were reported (mostly in New York, Texas, California and North Carolina).

The California Department of Public Health issued an advisory this week after 14 measles cases were reported to the agency. "Of the 12 cases with known measles vaccination status … 7 were intentionally unvaccinated," the advisory stated.

Many public health experts trace the current anti-vaccine movement's origins to a 1998 study published in the medical journal The Lancet. The study attempted to present evidence linking autism to the vaccine for measles-mumps-rubella (MMR).

After years of controversy, the study was retracted in 2010: Lancet editors announced that it was "utterly clear, without any ambiguity at all, that the statements in the paper were utterly false." The study's lead author, Dr. Andrew Wakefield, later lost his medical license.

But the facts in this case seem to have little bearing on anti-vaccine advocates such as actress and former Playboy playmate Jenny McCarthy, who — despite all evidence to the contrary — has repeatedly insisted that her son's autism was caused by vaccines.

Outbreaks on the rise

Though virtually every credible medical organization in the world has stated unambiguously that there is no scientific evidence linking vaccines to autism or other diseases, the anti-vaccine movement continues to influence public health efforts to eradicate diseases like measles, mumps, HPV (human papillomavirus) and other conditions.

"Parents have varied reasons for choosing not to immunize their children. Some are concerned that vaccinations raise the risk of autism, although study after study has debunked this myth," Shapiro wrote in the Los Angeles Times.

"Some parents think that because some of the illnesses for which kids get immunized are extremely rare these days, there's little reason to vaccinate," Shapiro wrote. "But here's the reality: These diseases do exist, and we're already seeing some of them make a comeback."

Indeed, outbreaks of easily prevented illnesses have health experts alarmed: Health officials in New York City this week reported 13 cases of mumps among students at Fordham University, despite the school's requirement that its students get full MMR vaccinations. Large outbreaks involving thousands of cases of mumps were also reported in 2006 and 2009.

And because measles cases are on the rise throughout California, the Los Angeles County Department of Public Health last month issued a reminder to doctors that they must report all measles cases as soon as possible. "Immediate reporting is critical so we can go and prevent the spread," Department Director Dr. Jonathan Fielding told the Times.

But many doctors aren't aware of the reporting requirement, Fielding said, because most haven't seen a case of measles in years.

Some observers are surprised that many of the parents who are deciding against vaccinating their children aren't from poor or marginalized communities, but rather in some of the wealthiest enclaves in America.

"One of Malibu's three elementary schools reported that just 58 percent of its kindergartners were up to date on their vaccinations," Shapiro wrote, noting that some private schools have vaccination rates as low as 20 percent. "Parents are willingly paying up to $25,000 a year to schools at which fewer than one in five kindergartners has been immunized against … measles, polio, meningitis and pertussis."

Even in places where vaccinations are required, exemptions are easily obtained for religious or other reasons. Some people, it seems, have forgotten how devastating many communicable diseases are.

"When I was in medical school, pertussis was discussed primarily in the past tense," Shapiro wrote. "We learned about how whooping cough had taken the lives of many people in the 1930s, before a vaccine was available. It felt like ancient history."

"But now, pertussis has made a comeback in California and other states, causing severe illness in kids and adults," she wrote. "Children have died."