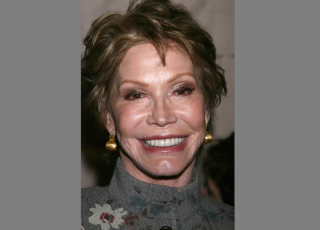 Mary Tyler Moore's death on Wednesday at age 80 may highlight the long-term effects that type 1 diabetes can have on the body.

Moore died Jan. 25 after going into cardiopulmonary arrest, which means her heart stopped beating, several news outlets reported, citing Moore's publicist Mara Buxbaum. She had also recently contracted pneumonia. Moore had been diagnosed with type 1 diabetes when she was in her 30s.

With new advances in medicine, type 1 diabetes no longer means a certain premature death, but it still has a significant impact on the body over time. [Extending Life: 7 Ways to Live Past 100]

In people with type 1 diabetes, the pancreas has nearly completely stopped producing insulin, the hormone that allows the body cells to take in glucose and use it for energy. (This is a different condition from type 2 diabetes, which occurs when the body cannot produce enough insulin or use insulin effectively.) In those with type 1 diabetes, glucose instead builds up in the blood stream, and can cause fatigue, weakness, weight loss and excessive urination when untreated. Eventually, the disease can cause complications, including heart attack, strokes, blindness and kidney failure, according to the Joslin Diabetes Center.

But is it possible to die from complications of type 1 diabetes?

"Unfortunately, very much so," Gabbay told Live Science. "In the absence of insulin treatment, people with diabetes will die over time. Chronic exposure to high blood sugars can damage the heart and brain, leading to heart attack and strokes."

This is because glucose in the blood can damage blood vessels, leading to an elevated risk of heart disease, according to the Joslin Diabetes Center. Damaged blood vessels can also bring about long-term damage to the nerves and kidneys.

However, thanks to improved treatments, people with diabetes are living longer, Gabbay said. He noted that at the Joslin Diabetes Center, some people have lived with diabetes for 75 or more years. [5 Key Nutrients Women Need as They Age]