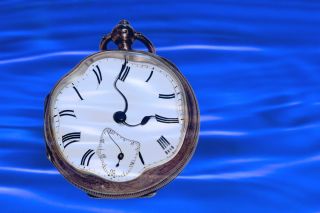 Why does time seem to inch by at an excruciatingly slow pace when we're bored but fly by at other times?
(Image: © JoLin / Shutterstock.com)

No one is born with an innate understanding of time, and babies must learn to synchronize and coordinate their behavior with the rest of the world. Until then, they demand attention at all hours of the day and night, completely upending their parents' schedules. And for all of us, travel can be disorienting and disruptive, especially if we visit a place where time is organized quite differently from what we're used to (like in Spain, with its afternoon siesta).

But we're all able to eventually adjust – babies included – by adapting to a system of standard temporal units: minutes, hours and days of the week.

Despite the effectiveness of this system, there's still a big difference in how we perceive the passage of time – how fast or slow time seems to go by. A few minutes may seem to last "forever" when we're waiting for a light to turn green, or we may be shocked to realize that the year is almost over.

Variation in the perceived passage of time has been the focus of my research for more than 30 years. I became fascinated by the subject while in graduate school at the University of Illinois. In class one day, my professor showed us an interview with an NFL quarterback who explained how, during games, he often perceived all of the other players to be moving in slow motion.

Why does this distortion occur? What causes it?

When time crawls: A paradox

I've collected hundreds of stories from people in all walks of life who have described instances when time seems to pass slowly. The circumstances are quite varied, but they can be classified into six general categories.

First, there's intense suffering, like torture, or intense pleasure, like sexual ecstasy. (Time doesn't always fly when you're having fun.)

Then there's violence and danger. Soldiers, for example, often describe time slowing down during combat.

Waiting and boredom may be the most familiar. Solitary confinement in prison is an extreme version of this, but working the counter at a job and having no customers will also do the trick.

People report that being in an altered state of consciousness – such as drug-induced experiences with LSD, mescaline or peyote – will also make time seem to slow down.

Next, high levels of concentration and meditation can influence the subjective passage of time. Various athletes, for example, perceive time to pass slowly when they are "in the zone." Yet people who are adept at meditation can produce comparable effects.

Finally, there's shock and novelty. For example, the perceived passage of time can slow down when we're doing something new, such as learning a challenging skill or going on vacation to an exotic locale.

Paradoxically, then, time is perceived to pass slowly in situations where there is almost nothing happening or a great deal is happening. In other words, the complexity of the situation is either much higher or much lower than normal.

Some experiences more ‘dense' than others

From the standpoint of a clock or calendar, each standard temporal unit is exactly the same: Every minute contains 60 seconds; every day contains 24 hours. However, standard temporal units vary in what I've dubbed "the density of human experience" – the volume of objective and subjective information they carry.

For example, the density of experience is high when, objectively, there is a great deal happening (as in the case of combat). Yet the density of experience can be equally high when there is almost nothing happening (as in the case of solitary confinement) because that seemingly "empty" period of time is actually filled with our subjective involvement in self and situation: We're concentrating on our own actions or surroundings, thinking about how stressful our circumstances are or even obsessed with how slowly time seems to be passing.

Thus, the answer to this paradox lies in how unusual our circumstances are. We pay increased attention to strange circumstances, which amplifies the density of experience per standard temporal unit – and time, in turn, seems to pass slowly.

It follows, then, that time seems to pass quickly when the density of experience per standard temporal unit is abnormally low. This "compression of time" is something that occurs when we look back at our immediate or distant past. Two general conditions can compress our perception of time.

First, there are routine tasks. When we're learning them, they require our full attention. But with familiarity or training, we can now engage in these activities without devoting much attention to what we are doing (such as driving home using a standard route).

Say you have a busy day at work. You might be doing complex things, but they're routine because you've been doing them for so long. Given that we behave more or less unthinkingly, each standard temporal unit contains very little memorable experience. The "density" of unique experience is low. And at the end of the day, time seems to have passed quickly. We're pleasantly surprised to discover that it is already time to go home.

The erosion of episodic memory is the second general condition that makes time seem to have passed by quickly. This is something that affects all of us, all of the time. Our memories of the routine events that fill our days fade with time. What did you do on the 17th of last month? Unless it was a special occasion, you've probably forgotten the experiences from an entire day.

This forgetting intensifies the further back we look. In another study, I asked people to describe their perception of the passage of time yesterday, last month and last year. They felt that the previous year had passed more quickly than last month, and that the the previous month had passed more quickly than yesterday. Objectively, of course, this doesn't make sense: A year is 12 times longer than a month, and a month is 30 times longer than a day. But because our memory of the past erodes, the density of experience per standard temporal unit decreases, leaving us with the perception that time has passed quickly.

However, the situations I've described above are anomalies. We typically do not perceive time passing quickly or slowly. Under normal conditions, 10 minutes as measured by a clock also feels like 10 minutes. I can agree to meet with someone in 10 minutes and arrive roughly on time without the aid of a watch. This is possible only because we have learned to translate experience into standard temporal units, and vice versa.

We're able to do this because there's consistency in our day-to-day experiences – a consistency that's produced by society's repetitive and predictable patterns. Most of the time, we're not in solitary confinement or visiting new countries. The density of experience per standard temporal unit is both moderate and familiar. We learn how much experience is typically contained in 10 minutes.

Only something that alters the routine – an especially busy day at work or a pause to reflect on the previous year – will reduce the normal density of experience per standard temporal unit, leaving us with the impression that time has flown by.

Likewise, an automobile accident – a jarring incident that seizes our attention – instantly fills each standard temporal unit with the experience of self and situation, making it seem as though the accident is occurring in slow motion.