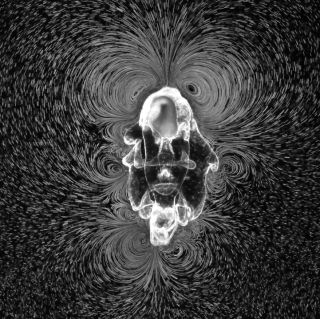 Captured against a black background, tiny illuminated plastic particles in the water swirl around the larva's body, revealing the complex movement of currents that the larva generated with its cilia — hair-like structures — to carry food closer. The starfish larva measured 1 millimeter in length and was photographed by William Gilpin, a doctoral candidate in applied physics at Stanford University.

The contest, now in its sixth year, honors exceptional videos that celebrate the wonder and beauty of life at the microscopic level, showcasing animal movement and biological activity too small to be seen with the naked eye. [Tiny Predators Win Video Microscopy Contest | Video]

This year, Nikon chose three top videos and 17 honorable mentions — these included the magnified head of a faucet snail, crystal growth, blood circulating in a tadpole's tail, and cell division in green algae. The company announced the winning submissions on their website today (Dec. 14).

Not only is the prizewinning video mesmerizing to look at, it revealed behavior that was previously unknown in starfish larvae.

The larva used its cilia to whip the water around it into vortices that acted like tiny conveyer belts for nearby food — but this convenience comes at a cost. By agitating the water, the larva could signal its location to predators as easily as it stirs up food, and expending all that energy inhibits its ability to escape if threatened, the scientists found.

Capturing the larva's stirring performance on video offered a double opportunity to the researchers: to study the unusual behavior more closely and to distribute it more widely, Gilpin said in a statement.

"It gives us a chance to share and explain scientific discoveries that we hope will appeal to many other scientists, as well as the public at large," he said.

"It's incredible and exciting that something as widely known as a starfish can exhibit an unexpected and beautiful behavior, and we hope to share our excitement with others," Gilpin added.

Winner by a neck

The second-place video won by a neck — the extended "neck" of a predatory protozoan, a single-celled organism called Lacrymaria olor, which translates as "swan's tear." In the video, the protozoan searches for single-celled prey by repeatedly stretching its neck, extending it up to seven times the length of its body.

Third place went to a time-lapse video showing the rapid expansion of a type of mold — and it's far more beautiful than you might expect. Aspergillus niger grows on fruit, and in the video it blooms in puffy, colorful "blossoms" that almost resemble flowers. It was captured in action by photographer Wim van Egmond, who said in a statement that he firmly believes that microscopy is for everyone, and that contests like this one are a great way to introduce people to worlds that are waiting to be discovered, if only one is willing to look closely enough.

"The result of the selection of footage from many contributors is a kaleidoscopic overview of what microscopy is all about," van Egmond said. "And you don't have to be a professional to enjoy micro life."