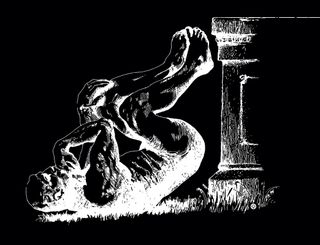 The 2016 Ig Nobel Prizes were announced on Sept. 22, revealing the honorees who were deemed to have made achievements that make people laugh and then make them think. In the 26th year of the ceremony, those honored did not disappoint. From rats wearing polyester pants and rock personalities to the science of BS and the satisfaction of mirror scratching, here's a look at this year's winners.

The late Ahmed Shafik did two daring things to win this Ig Nobel in Reproduction: He gave polyester pants a center stage, and, he did it with rats. Shafik, from Egypt, won this prize for his study of the effects of wearing polyester, cotton or wool trousers on the sex lives of rats. He then conducted similar tests on men. He published two papers on his research: one in 1993 in the journal European Urology, and the other in 1992 in the journal Contraception. [Mad Geniuses: 10 Odd Tales About Famous Scientists]

Nine scientists from four countries (Hungary, Spain, Sweden and Switzerland) snagged the Ig Nobel in Physics for two discoveries: why white-haired horses are the best at keeping horseflies away, and why dragonflies are attracted to black tombstones, something that can be ecologically deadly. The researchers found that five dragonfly species were particularly attracted to polished black gravestones in a Hungarian cemetery, where the insects showed behaviors similar to ones used when near water, according to the research published in 2007 in the journal Freshwater Biology. For instance, they perched close to the chosen gravestone and defended their perch from other dragonflies. [Dazzling Photos of Dew-Covered Dragonflies & Other Insects]

Turns out, the gravestones reflect highly polarized and horizontally polarized light, just like water surfaces do. The downside? Dragonfly nymphs complete their cycle in the water, and that can't happen if females lay their eggs on gravestones rather than at the water's edge.

The Economics Prize was awarded to a trio of researchers, Mark Avis, Sarah Forbes and Shelagh Ferguson, "for assessing the perceived personalities of rocks, from a sales and marketing perspective." What?! The research, detailed in 2014 in the journal Marketing Theory, focuses on Jennifer Aaker's "brand personality" (BP) scale, which involves five dimensions (sincerity, excitement, competence, sophistication and ruggedness) along with their personality traits, to describe brands. The authors of the research say in the abstract that they chose rocks because "they do not have any obvious commonalities with brands, or have antecedents to BP formation. Findings revealed that each of the rock stimuli has a distinct BP and that the personality is developed from sometimes surprisingly detailed personifications."

The Chemistry Ig Nobel went to Volkswagen, "for solving the problem of excessive automobile pollution emissions by automatically, electromechanically producing fewer emissions whenever the cars are being tested," according to a statement by Ig Nobel officials. This Ig Nobel did not come cheaply. The car company agreed to pay $14.7 billion to settle claims in this scandal, in which they fitted cars with software to cheat the system — allowing the vehicles to pass emission testing even though on the road they went over legal pollution limits, according to the New York Times. Volkswagen will also pay other compensations and penalties. [Volkswagen Scandal: Why Is It So Hard to Make Clean Diesel?]

The Ig Nobel in Medicine was awarded to five scientists in Germany for scratching an itch. Their research, detailed in 2013 in the journal PLOS ONE, revealed that if a person had an itch on the left forearm, they could relieve the itch by looking into a mirror and scratching the right forearm. The researchers noted in their paper that such "mirror scratching" could help reduce itch perception in people with certain skin diseases characterized by unbearable itching. The winners included: Christoph Helmchen, Carina Palzer, Thomas F. Münte, Silke Anders and Andreas Sprenger.

The Psychology prize is too good to be true. Or is it? Five researchers — Evelyne Debey, Maarten De Schryver, Gordon Logan, Kristina Suchotzki and Bruno Verschuere — asked 1,000 liars between the ages of 6 and 77 how often they lied. Then, the team had to decide whether to believe the answers. Their goal was to look at lying proficiency and frequency across the life span, as the ability to regulate or inhibit certain behaviors changes with age. Turns out, deception is best worn on young'uns. The researchers found that lying proficiency improved during childhood, excelled during young adulthood and got worse throughout adulthood. "Likewise, lying frequency increased in childhood, peaked in adolescence, and decreased during adulthood," the researchers wrote in 2015 in the journal Acta Psychologica.

The Peace prize was awarded to Gordon Pennycook, James Allan Cheyne, Nathaniel Barr, Derek Koehler and Jonathan Fugelsang for another study into bull****. Their study — entitled "On the Reception and Detection of Pseudo-Profound Bull****" — looks at "seemingly impressive assertions that are presented as true and meaningful but are actually vacuous," the researchers wrotee in their study published in 2015 in the journal Judgment and Decision Making.

In the study, the scientists presented participants with BS statements, which they created by organizing buzzwords into a sentence structure but with no real meaning, such as "Wholeness quiets infinite phenomena." They found that certain variables, such as belief in the supernatural, could predict whether a person would perceive such vacuous statements as profound. "These results support the idea that some people are more receptive to this type of bullshit and that detecting it is not merely a matter of indiscriminate skepticism but rather a discernment of deceptive vagueness in otherwise impressive sounding claims," they wrote.

The Ig Nobel in Biology seems to honor several wild animals, such as goats and badgers. Two scientists won this award for separate projects. Charles Foster apparently lived in the wild, at different times, as a badger, an otter, a deer, a fox, and a bird (a swift), according to an Ig Nobel statement. And Thomas Thwaites won the Ig Nobel "for creating prosthetic extensions of his limbs that allowed him to move in the manner of, and spend time roaming hills in the company of, goats," according to an Ig Nobel statement. In his book "Goat Man: How I Took a Holiday from Being Human" (Princeton Architectural Press, 2016), Thwaites describes his journey, as a dressed-up goat complete with a prosthetic stomach for digesting grass and artificial legs, across the Alps with other goats. [Check out Ig Nobel winners from last year]

Foster similarly describes his beastly journey in a book "Being a Beast" (Metropolitan Books, 2016). While living as a badger, Foster apparently slept on a Welsh hillside munching on earthworms; his otter days were filled with swimming and catching fish in his teeth.

The Literature prize was awarded to Fredrik Sjöberg, "for his three-volume autobiographical work about the pleasures of collecting flies that are dead and flies that are not yet dead," according to an Ig Nobel statement. The first volume, "The Fly Trap" (Pantheon Books, 2015), in the trilogy (called "The Path of a Fly Collector") is the first to be published in English.

Looking between your legs

Atsuki Higashiyama and Kohei Adachi snagged the Ig Nobel of Perception "for investigating whether things look different when you bend over and view them between your legs," according to an Ig Nobel statement.

Their research, published in 2006 in the journal Vision Research, found that images of scenes appeared brighter and more distinct when viewed with the head inverted than when standing upright. So the next time you're at an art gallery …