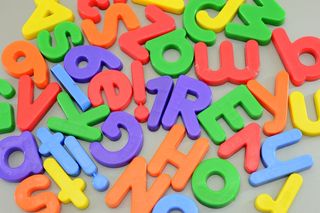 People with an unusual condition called synesthesia, which makes them experience a "mixing" of their senses, may automatically form stronger mental links between the sound of a word and the image that word conjures up in their mind, according to a small new study.

About 1 to 4 percent of people have synesthesia. In one of its most common forms, people who are looking at colors might associate them with certain letters, or numbers, or sounds. For example, a person with synesthesia might always perceive the letter "Y" as blue or yellow, even when that individual sees it in black print.

"There's been a debate about synesthesia," study co-author Dr. Krish Sathian, a neurologist at Emory University, said in a statement. Until now, it was not clear whether the source of the perceptions in people with synesthesia involved the way they associate certain sounds they hear with mental images that represent those sounds, or whether the source was something completely different, he said. [The 9 Most Unusual Medical Conditions]

In the new study, the researchers looked at 17 people with the condition, and asked them to take a test that examined their mental associations between certain sounds and the visual representation of those sounds in their minds. For example, previous research has shown that people without synesthesia often associate the sounds represented by the letters "m" and "l" with rounded shapes. However, those people also tend to associate other sounds, such as the ones represented by "k" or "t," with angular shapes.

The participants took a computer test called an implicit association test, which is designed to test the strength of a person's mental association between one idea and another.

The researchers found that people with synesthesia seemed to form stronger mental associations between certain sounds and rounded or angular shapes, compared to how strong these associations normally are in people without the condition.

Moreover, in the study, the researchers used not only the sounds of words but also sounds from "pseudowords," or words without any meaning in English. Because the people with synesthesia were also more likely to associate these pseudowords with rounded or angular shapes, the results show that the participants' mixing of the senses may spill over into multiple domains involving perception, according to the study, published Sept. 15 in the European Journal of Neuroscience.

The most common type of synesthesia among the people in the study involved the association of colors with certain letters. The mechanisms of this type of synesthesia may have something to do with how some people learn letters during childhood, the researchers said.

For example, one previous study has suggested that a certain brand of popular refrigerator magnets that were shaped like colorful letters might have contributed to the development of synesthesia in some people, Sathian said.