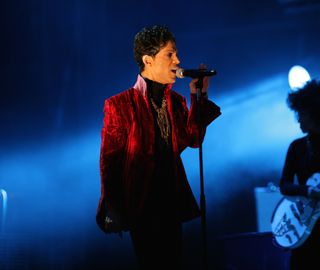 Overdose deaths from the opioid painkiller fentanyl — the same drug that killed singer-songwriter Prince in April — have increased sharply in a number of U.S. states, according to a new report.

During that same time, the number of drug products that tested positive for fentanyl after being seized by law enforcement officers increased by more than 10 times in the eight states, rising from 293 to 3,340. These products mainly include illegally manufactured fentanyl products that can be mixed with heroin.

The findings suggest that illegally manufactured fentanyl is driving the increase in fentanyl-related deaths, the report said.

"An urgent, collaborative public health and law enforcement response is needed to address the increasing problem of IMF and fentanyl deaths," the researchers said. [Top 10 Leading Causes of Death]

Officers have also recently seized large numbers of counterfeit pills that contain illegally manufactured fentanyl, the report said. This suggests that there could soon be an increase in fentanyl-related deaths in places where people commonly take "diverted prescription pills" (pills that are prescribed to someone else), because people may take the counterfeit pills without knowing it.

The government is working to reduce opioid abuse and opioid overdoses by expanding treatment for opioid addiction, promoting safer prescribing of opioids and increasing the availability of the prescription drug naloxone, which can treat opioid overdose, the report said.