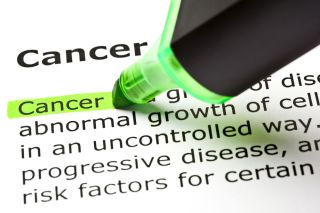 Cancer has passed heart disease as the leading cause of death in nearly half of U.S. states, according to a new report.

In the rest of the 28 states, heart disease remained the leading cause of death in 2014. And in the U.S. population as a whole, heart disease deaths still outnumber cancer deaths: There were 614,348 people who died from heart disease in 2014, compared to 591,699 who died from cancer, according to the report, from the Centers for Disease Control and Prevention (CDC).

The new report "highlights the great strides that the cardiovascular community has [made]," in educating people about risk factors for heart disease, said Dr. Laxmi Mehta, director of the Women’s Cardiovascular Health Program at The Ohio State University Wexner Medical Center, who was not involved in the report. [Map: Causes of Death in the U.S.]

In contrast, some cancers remain hard to catch in the early stages, Mehta said. And even though heart disease and cancer share many of the same risk factors, a person's genes may play a larger role in the development of some cancers, making the disease harder to tackle using preventive steps compared with heart disease, Mehta said.

Mehta noted that obesity rates and inactivity among children are on the rise, which could contribute to an increase in heart disease deaths in decades to come.

"The last thing we want is people to think, 'I don’t have to worry about heart disease anymore,'" Mehta said. "Even if cancer surpasses heart disease now ... in the future there's potential for it coming back," she said.

The new report is published today (Aug. 24) by the CDC's National Center for Health Statistics.