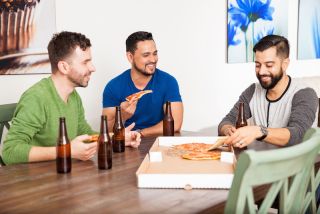 Eating healthy food and exercising play important roles in health and well-being, but if you are feeling lonely, you may also want to consider reaching out: A lack of social connection may have a negative impact on your physical health, new research suggests.

Moreover, adolescents and teens ages 12 to 18 who felt socially isolated had a 27 percent increased risk of inflammation, compared with those who did not feel socially isolated, the researchers found. This difference is comparable to the 21 percent increase in the risk of inflammation that comes with physical inactivity among teens, the researchers said.

"It is as important to encourage individuals to build broad and good social relationships and increase social skills, interacting with others" as it is to encourage them to eat a healthy diet and be physically active, said study author Yang Claire Yang, a professor of sociology at the University of North Carolina at Chapel Hill. [9 Healthy Habits You Can Do in 1 Minute (Or Less)]

"It seems that being socially connected, having a decent-size social network and also gaining support from the network — the quality as well as the quantity of the relationships — matter a great deal," Yang said.

In the study, the researchers looked at data from four large previous studies of people in the United States. Each study included between 863 and 7,889 people, whose ages ranged from 12 to 91. The researchers examined the association between the people's relationships with others and their blood pressure, body mass index, waist circumference and levels of C-reactive protein, a marker of inflammation.

The findings suggest that it is specifically social connections, or the lack of them, that drive certain health effects, and not the other way around, the researchers said. "We have reason to believe that the relationship is strongly likely to be causal — from social [factors] to illness as opposed to the other way around," Yang told Live Science.

People should try to evaluate the state of their social connections on a regular basis, the researchers suggested. For example, they can ask themselves if they feel close to family members such as their parents, and if they feel that they are satisfied with the quality of their relationships with their family.

If there are any aspects of their relationships that they feel should be improved, they should work on them, Yang said.

The new study was published today (Jan. 4) in the journal PNAS.