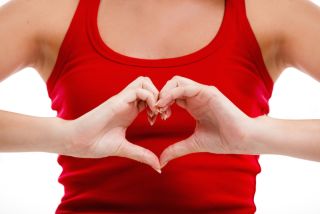 The headaches, fatigue and other symptoms of premenstrual syndrome may be more than just a monthly aggravation — they may also signal greater future health problems for those women suffering from the syndrome: Women who have PMS may have an increased risk of developing high blood pressure in the future, according to a new study.

Researchers found that the women who had PMS at the beginning of the study were 40 percent more likely to develop high blood pressure over the next 20 years, compared to women who experienced few menstrual symptoms. High blood pressure is a major risk factor for heart disease and stroke.

"To my knowledge, this is the first large, long-term study to suggest that PMS may be related to risk of chronic health conditions in later life," study author Elizabeth Bertone-Johnson, an epidemiologist at the University of Massachusetts at Amherst, said in a statement.

In the study, the researchers looked at the relationship between PMS and the risk of high blood pressure in about 1,250 women who developed clinically significant PMS between 1991 and 2005, and nearly 2,500 women with few menstrual symptoms.

The women were between 25 and 42 years old at the beginning of the study and the researchers followed them for six to 20 years. At the start of the study, and every two years afterward, the women were asked whether they had received a diagnosis of high blood pressure from their doctors in the past two years. [Beyond Vegetables and Exercise: 5 Ways to be Heart Healthy]

The new findings suggest that women with PMS should be screened for high blood pressure, the researchers said.

"We are seeing hypertension increase in women younger and younger," said Dr. Suzanne Steinbaum, director of Women's Heart Health at Lenox Hill Hospital in New York City, who was not involved in the new study. "And now we are really honing in on who is at risk for high blood pressure and subsequent heart disease."

The new study shows that it is important to "understand that what is happening to a woman — and her entire body — is going to affect her cardiovascular risk," Steinbaum said.

Exactly what mechanism might link PMS and high blood pressure is not clear, the authors of the new study said, but they suggested that there might be underlying differences in the blood vessels of women with PMS and those who do not have PMS. These differences could also predispose women who have PMS to an increased risk of high blood pressure later in life, the researchers said.

The new findings suggest that "improving B vitamin status in women with PMS may both reduce menstrual symptom severity and lower hypertension risk," the researchers wrote in their study, published today (Nov. 24) in the American Journal of Epidemiology.