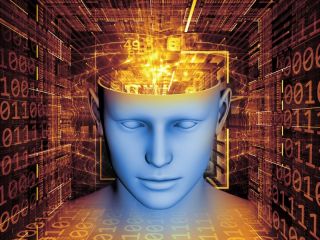 Children's hormone treatments may have planted the seeds for later Alzheimer's disease, according to a small, new observational study.

The study is based on the autopsies of eight people who died from the rare neurodegenerative disorder called Creutzfeldt–Jakob disease (CJD), which is caused by a prion, a type of misfolded protein. The eight patients were among hundreds of people inadvertently infected with the prion as children, between 1958 and 1985, when they received human growth hormone treatments intended to treat their short stature. These treatments were later realized to be contaminated with the prion.

Scientists found that four of the eight brains harbored extensive deposits of a protein called amyloid beta, which is the main component of amyloid plaque, the telltale characteristic of Alzheimer's disease.

Two more of the brains had patchy yet significant amounts of amyloid beta, and only one brain was completely free of the protein. Amyloid beta is not typically found in the brains of CJD patients.

The findings suggest that the same human growth hormone that was contaminated with a prion and caused CJD was also contaminated with amyloid beta "seeds," possibly because the people who donated the hormone had Alzheimer's disease, the researchers said. (Today, growth hormone is made in laboratories, but the original treatments used hormone that was taken from donors' pituitary glands after their deaths.)

The study also suggests that these amyloid beta seeds can be transmissible, spreading from person to person under certain circumstances and causing Alzheimer's symptoms, the researchers said in their study, published today (Sept. 9) in the journal Nature. [6 Foods that Are Good for Your Brain]

These patients' brains did not have the full-blown features associated with Alzheimer's disease, such as neurofibrillary tangles and the protein called tau. But the patients may have died before these elements could develop, said Dr. John Collinge of the United Kingdom's Medical Research Council, a senior author on the report.

"This is a highly unusual finding. We wouldn't have expected to see this Alzheimer's amyloid deposition in this age group," Collinge told reporters at a news briefing organized by Nature in advance of the study's release. The patients ranged in age from 36 to 51. "It's normally only seen in elderly individuals, unless you have a genetic predisposition to it, and none of these patients did."

The scientists stressed, however, that Alzheimer's disease is not contagious. Previous studies have shown, for example, that the disease cannot be transmitted through blood transfusions.

"I can imagine that this might result in a lot of misleading headlines," said David Allsop, a professor of neuroscience at the University of Lancaster in England, who was not involved in the study. "There is no evidence that Alzheimer's disease can be transmitted from one person to another, or through use of contaminated surgical instruments, and these results should be interpreted with a great deal of caution."

The situation that may have led to the transmission of the amyloid beta was unprecedented. Prior to 1985, thousands of children in North America and Europe who had growth problems were treated with human growth hormone collected from the pituitary glands of cadavers. Samples were pooled together, sterilized and collected into doses.

By 1985, it became clear that some doses were contaminated with the prion that causes CJD (the prion had been discovered in the 1970s), and the practice was halted. Today, hormones used for treatments are mostly manufactured using genetic engineering, in which hormone-producing genes are inserted into bacteria to produce large batches of the desired product.

Collinge speculated that cadavers from people with Alzheimer's disease may have had amyloid beta protein or precursory molecules in the pituitary gland. It will be difficult to test this hypothesis, however, because samples of the contaminated human growth hormone may no longer exist. [10 Things You Didn't Know About the Brain]

The finding is perhaps most alarming and relevant for the estimated 30,000 people who received human growth hormone treatments between 1958 and 1985. So far, hundreds of these people have died from CJD. Collinge said that these same patients might develop Alzheimer's disease in the decades to come if they were indeed infected with the amyloid beta seed.

"There will be more," Collinge said. "We know these diseases [CJD and Alzheimer's disease] can have extremely long incubation periods, 30 to 40 years."

Alzheimer's experts who were not associated with the study, however, downplayed this worry.

"While these findings are interesting and warrant further investigation, there are too many unknowns in this small, observational study of eight brains to draw any conclusions about whether Alzheimer's disease can be transmitted this way," said Dr. Doug Brown, director of research at the United Kingdom's Alzheimer's Society.

Given the importance of the finding if proven true, scientists will seek to replicate the results. France, like the United Kingdom, was hit hard by the hormone-contamination incident. Neuropathologist Charles Duyckaerts at the Pitié-Salpêtrière Hospital in Paris told Nature that his hospital has access to the remains of more than 20 patients who died from CJD, and he hopes to study their brains.

Meanwhile, Collinge, who directs the Prion Unit at the Medical Research Council, said his organization must remain vigilant in identifying others who may have been infected.