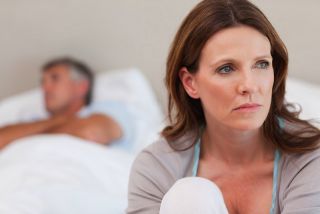 A woman's heart rate may hold clues to how easy or difficult it is for her to become sexually aroused, as well as her overall sexual function, according to new research.

In the study, researchers looked at differences in the amount of time between consecutive heartbeats, known as heart rate variability (HRV).

Women in the study with low HRV — that is, whose heart rates were very steady — were significantly more likely to report problems with arousal and overall sexual dysfunction than women with average or above-average HRV — whose heart rates varied more from moment to moment.

The findings suggest that "low HRV is likely a risk factor for sexual dysfunction in women," said Amelia Stanton, co-author of the study and a clinical psychology graduate student at the University of Texas at Austin.

The new study included 72 women ages 18 to 39, who watched a 3-minute film on a neutral subject while hooked up to an electrocardiogram (ECG) machine, which monitored their heart rates. The researchers calculated the women's resting HRV and categorized them as having low, average or above-average resting HRVs based on established ranges.

The researchers then looked at how the women's HRVs related to their sexual arousal and overall sexual function, which were measured using a standard questionnaire.

Of the participants, 29 percent were considered sexually dysfunctional, based on their answers to the questions.

The researchers found that the lower a woman's resting HRV was during the film, the more likely it was that her sexual function score fell in the dysfunctional range. This indicates that low HRV is a risk factor for sexual problems in women, they said. [5 Myths About Women's Bodies]

A healthy heart, with an average or high HRV, may mean improved blood flow to the genitals, she said.

Why women need the test

If the results of the new study are confirmed, HRV could become the first recognized physiological marker of sexual dysfunction and arousal disorder in women, the researchers said.

A Food and Drug Administration panel recently voted in favor of approving the first drug aimed at increasing libido in women, called flibanserin. HRV could be an inexpensive way to find out which women could benefit from sexual-dysfunction drugs, as well as monitor women to see whether the drugs are working, Stanton said.

It's also possible that doctors could use HRV tests to measure a woman's risk of sexual dysfunction, or use a test result as a way to encourage women to talk about something that is often taboo, Stanton said.

Although this is the first study to link HRV with sexual function in women, the link between resting HRV in men and erectile dysfunction is well-established. "In women, genital arousal is mediated by some of the same mechanisms as genital arousal in men," the authors wrote in their study, published June 17 in Applied Psychophysiology and Biofeedback.

Erectile dysfunction is known to be a strong indicator of cardiovascular problems in men, and the same could be true for women with arousal problems. This should be further explored in future research, Stanton said.