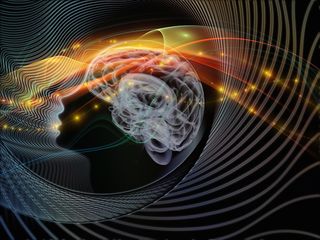 Two beloved sci-fi franchises returned to the screens this fall burdened with shaky memories. In ABC's superhero spy TV series "Agents of S.H.I.E.L.D.," the lead character, Phil Coulson, is still reeling from a case of implanted memories. Meanwhile, the movie adaptation of the young-adult novel "The Maze Runner" opens on a hero with amnesia who is stranded in a dystopian maze.

These characters' memories betray them in seemingly fantastical ways, but the recollections stored between your own ears may hardly be any better. From vivid images of events that never happened to bad memories artificially engineered in the lab, here are the real-life ways your brain can distort your past.

In "Agents of S.H.I.E.L.D.," super-spy Coulson carries on with his superhero-monitoring work from the "Avengers" movies. This season, he must do so with the knowledge that his traumatic death and recovery had been papered over in his own mind by images of a fictional Tahiti vacation. (Killed off in the "Avengers" movie, Coulson was revived by mysterious techniques in the show.) In one disturbing scene, the real memory returns — and he recalls a spiderlike machine rewriting the information in his brain. [Top 10 Mysteries of the Mind]

False memories: No one is immune

Coulson is troubled by the idea that his memories have betrayed him, but false memories don't just afflict sci-fi heroes; no one is immune.

Decades of research has shown that false memories are common. "We are all susceptible to creating false memories — whether we are young or old, of average intelligence or superior intelligence, male or female," Shari Berkowitz, an assistant professor at California State University who studies false memories and the law, told Live Science in an email.

Even the people with the very best memories fall prey to false recollections. Last year, UC-Irvine memory researcher Lawrence Patihis studied people who have what researchers call highly superior autobiographical memory (HSAM). These individuals can recall amazingly precise details from the past. For example, to identify such individuals, researchers have asked people for the date on which an Iraqi journalist threw a shoe at then-President George W. Bush.

As in other experiments, the researchers used suggestion to implant false memories in the people with HSAM. In this study, researchers mentioned footage of United Flight 93 crashing in Pennsylvania on Sept. 11 — footage that doesn't exist. They found that the HSAM individuals later "recalled" seeing such a tape, at the same rate as people with normal memories.

The researchers also showed participants word lists designed to "lure" them into misremembering other words. They found that both people with HSAM and those with normal memory abilities recalled seeing the word "sleep" on a list that actually included only "pillow, duvet and nap."

And the resulting false memories can be entirely convincing, Berkowitz said.

"People who have false memories of an event often genuinely believe that their memories of the event are true," she said. "Like true memories, false memories can be described with great emotion and in great detail, and are held with great confidence." [From Dino Brains to Thought Control: 10 Fascinating Brain Findings]

That universal susceptibility to false memories may come as a surprise to many, but that's because of a misunderstanding of how memory works, Berkowitz said.

People tend to think of their memories as videotapes. But there's no tape. When you remember, you're actually recreating that memory using small clues. Memory, in researchers' terms, is always "reconstructive."

"It's not a record," Patihis said. "You're building the memory back up from little, tiny traces."

When you recall a memory, you draw from small bits of actual memory — "memory traces" — but then you fill in details with bits of common knowledge about, for example, your habits, stories other people have told you, pictures you've seen or world news, Patihis said.

The notion that your memory is reconstructed might leave you a little uneasy — even if you never had a spider machine overwrite your cortex like Agent Coulson. People can be quite resistant to the idea that this is how it works, Patihis said.

"Everyone is motivated to think that their memory is good," he said. "You don't want to lose your past … And, subjectively, it feels like it's not constructed. It feels like a record."

It's one thing for a participant in a lab study to misremember a word given on a list, you might say, and quite another to falsely remember an entire event, such as a trip to Tahiti.

But false memory is not just about the small stuff, scientists say. "Research shows a false memory can be as big as a whole event," Patihis said.

Psychologists have implanted memories of entire experiences in childhood — what researchers call "rich events" — from nearly drowning to being licked by the character Pluto at Disney World, Berkowitz said.

Memories of false events can invade the adult years, too, Patihis said. Memory researchers have altered adults' memories of events in real time — for example, by exposing them to some experience in the first week of an experiment and then implanting misinformation about the event the next week, Patihis said. [5 Ways Love Affects the Brain]

Such false "rich memories" occur naturally, outside the lab, as well. Psychologists have reported that some people, for instance, clearly remember childhood instances of demonic possession, or of being dragged down to hell, Patihis said.

In one of the most famous examples of mistaken memory, neurologist Oliver Sacks reported vivid recollections of the Germans' famous bombing of London during World War II, now known as the London Blitz. But Sacks had been evacuated to the countryside, and never saw the attacks.

What about that spider machine?

In "Agents of S.H.I.E.L.D.," however, Coulson developed his false memories not through hearing spoken misinformation, but via some sort of futuristic neuronal manipulation. Amazingly, science has even taken a few steps — albeit, tiny ones — along this path.

In an experiment this year, researchers at MIT successfully manipulated rat brain cells to implant a false memory. The scientists genetically modified rat neurons so that they would light up when activated, and then identified which neurons fired when a rat experienced an electrical shock. Later, the researchers used lights to activate those same neurons as the rat entered a particular box. The result? A brand-new associative memory: The rats (erroneously) associated the box with a shock.

But that sort of neuronal manipulation is extremely simple, Patihis said. "It's just association. The very simplest memory is the association of two things," he said.

Moreover, the scientists needed to figure out how to implant the false memory by watching what happened to the rat brain in an actual shock, Patihis said. "They don't know how to do that without the original experience," he said. "Even for the simplest kind of memory, they don't know what neurons are involved … It gives you an idea of how far away we are from implanting a really complex memory."

Amnesia is something else, however, resulting from some sort of disease or trauma, not the natural process of memory encoding, Berkowitz said. And, as depicted in "The Maze Runner," it's also rare. Although amnesia occurs commonly after a brain injury, amnesia that occurs by itself — so-called "amnestic syndrome" — happens infrequently, said Jason Brandt, a professor of psychiatry and neurology at Johns Hopkins University School of Medicine in Baltimore.

When such amnesia does occur, it is usually the result of some emotional trauma, Brandt said. "They can't remember anything before that event," Brandt told Live Science. "It's a way of avoiding dealing with some emotional problem."

In "The Maze Runner," the character Thomas experiences amnesia that shares some features with clinical cases. For example, Thomas muses that he "remembered the workings of the world, but emptied of specifics, faces, names."

Indeed, people with retrograde amnesia, who lose biographical memories from before an event, can continue to function, Brandt said. Thomas also eventually remembers his name. And, in fact, for many amnesia patients, the memories do return, Brandt said.

Even when amnesia patients don't recover their memories, some trace may remain. Psychologist Wind Goodfriend, a professor of experimental psychology at Buena Vista University in Iowa, described one amnesia patient, Clive Wearing, who could not access new memories of, for instance, his wife. However, he continued to recognize her, even as she aged for 30 years.

As for as some dystopian-future scientist scrubbing teenagers' brains "Maze Runner"-style, that's likely just as far off as the creation of complex memories. In another MIT study involving rats, researchers removed a bad memory and replaced it with a good one. They did this by activating pleasure-associated neuronal firings when a rat entered a place where it had previously been shocked. But this, again, deals with a simple association memory, as Patihis said — not complex memories of identity and biographical past.

Moreover, scientists do not yet know what happens in the brains of people with amnestic syndrome, Brandt said. Recent studies using positron emission tomography (PET) scans have shown potentially altered functioning in the brains of people with amnesia, even though they don't have an obvious brain injury, Brandt said. But that research has merely identified broad regions, such as the frontal cortex and amygdala, he said.

"The research has not yet converged on what areas are responsible," he said.

Editor's note: This story was updated on Oct. 28 to correct a statement about the experiment in which participants were asked to recall the date that the journalist threw the shoe at then-President George W. Bush. This experiment was not performed by Patihis and his colleagues, as the article originally stated, but was performed by other researchers.