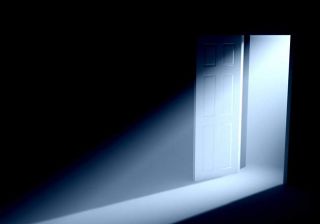 People who believe they have lived past lives as, say, Indian princesses or battlefield commanders are more likely to make certain types of memory errors, according to a new study.

The propensity to make these mistakes could, in part, explain why people cling to  implausible reincarnation claims in the first place.

Researchers recruited people who, after undergoing hypnotic therapy, had come to believe that they had past lives.

The researchers found that, compared to control subjects who dismissed the idea of reincarnation, past-life believers were almost twice as likely to misidentify names. In particular, their tendency was to wrongly identify as famous the non-famous names they had seen in the first task. This kind of error, called a source-monitoring error, indicates that a person has difficulty recognizing where a memory came from.

People who are likely to make these kinds of errors might end up convincing themselves of things that aren’t true, said lead researcher Maarten Peters of Maastricht University in The Netherlands. When people who are prone to making these mistakes undergo hypnosis and are repeatedly asked to talk about a potential idea—like a past life—they might, as they grow more familiar with it, eventually convert the idea into a full-blown false memory.

Past life memories are not the only type of implausible memories that have been studied in this manner. Richard McNally, a clinical psychologist at Harvard University, has found that self-proclaimed alien abductees are also twice as likely to commit source monitoring errors.

As for what might make people more prone to committing such errors to begin with, McNally says that it could be the byproduct of especially vivid imagery skills. He has found that people who commonly make source-monitoring errors respond to and imagine experiences more strongly than the average person, and they also tend to be more creative.

“It might be harder to discriminate between a vivid image that you’d generated yourself and the memory of a perception of something you actually saw,” he said in a telephone interview.

Peters also found in his study, detailed in the March issue of Consciousness and Cognition, that people with implausible memories are also more likely to be depressed and to experience sleep problems, and this could also make them more prone to memory mistakes.

And once people make this kind of mistake, they might be inclined to stick to their guns for spiritual reasons, McNally said. “It may be a variant expression of certain religious impulses,” he said. “We suspect that this might be kind of a psychological buffering mechanism against the fear of death.”