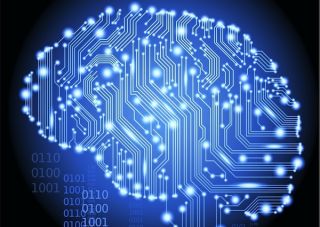 Can you remember what you ate for lunch on March 8, 1999? What about what you were wearing on Oct. 29, 1985? A handful of people — only 33 confirmed to date — can remember such minutiae, recalling almost every moment of their lives after about age 10 in near-perfect detail. They have what scientists call a highly superior autobiographical memory, and now researchers have identified what makes their brains special.

Researchers at University of California, Irvine (UCI) studied 11 people with the condition and flagged distinct quirks in nine structures of their brains. Most of those differences, unsurprisingly, were in areas associated with autobiographical memory. The participants also had more robust white matter linking the middle and front parts of the brain compared with a group of control subjects.

Documenting these brain anomalies gives scientists a "descriptive, coherent story of what's going on" in the minds of people with this unusual condition, UCI researcher Aurora LePort explained in a statement.

"The next step is that we want to understand the mechanisms behind the memory," LePort said. "Is it just the brain and the way its different structures are communicating? Maybe it's genetic. Maybe it's molecular."

The phenomenon — which is sometimes referred to as hyperthymesia — was first described by scientists in 2006, and people with the condition, including "Taxi" actress Marilu Henner, have been featured in programs like "60 Minutes." Since the condition's discovery, UCI researchers have evaluated more than 500 people who thought they might have highly superior autobiographical memory. The scientists confirmed just 33 cases, including the 11 in the study, but have identified another 37 strong candidates who need further testing.

The researchers note that people with the condition did not score high on routine memory tests and have a different kind of super memory than people who can remember long lists of facts and numbers.

"These are not memory experts across the board," LePort said in a statement. "They're 180 degrees different from the usual memory champions who can memorize pi to a large degree or other long strings of numbers. It makes the project that much more interesting. It really shows we are homing in on a specific form of memory."

The findings are detailed in the July issue of the journal Neurobiology of Learning & Memory.