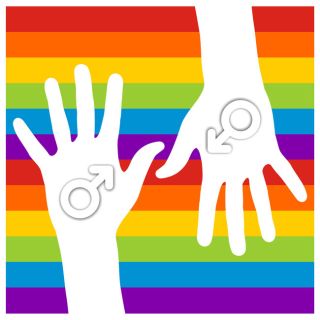 Transgender people are often seen as "confused" and gay or lesbian, despite their gender identity being a separate issue from their sexual orientation, new research finds.

The study, the first to attempt to categorize stereotypes about transgender people, found that people — mostly young university students in the study — view transgender people with pity and have trouble accepting that the person's sex at birth is no longer the sex they identify with.

Interesting, most stereotypes about transgender people were fairly neutral, not extremely negative or positive, said lead researcher Melanie Morrison, a psychologist at the University of Saskatchewan. Transgender people face high levels of discrimination, research has shown. In a national U.S. survey conducted by the National Center for Transgender Equality, 90 percent of transgender respondents reported harassment or discrimination at work, 19 percent reported being refused a home or apartment because of their gender identity, 53 percent reported harassment in public, and 19 percent reported being refused health care because of their gender identity. Rates of unemployment were twice that of the general population. [5 Myths About Gay People Debunked]

"To have discrimination, you don't necessarily have to have negative stereotypes that are off the charts," Morrison told Live Science.

Morrison and her co-author, Stephanie Gazzola, were interested in the stereotypes driving the prejudice and discrimination against transgender people.

"It really helps when we can map out very well the confines of the stereotyping that might exist, so you can address those and then challenge or debunk them," Morrison said.

The researchers first recruited 16 Canadian university students and sorted them into three focus groups, one female, one male and one mixed gender, to inquire about people's basic knowledge and stereotypes of transgender people. They found that few participants knew any transgender people personally, but all had been exposed to the concept through media.

The researchers translated the focus-group responses into traits that transgender people were believed to have. Transgender women (people born male-bodied who identify as women) were stereotyped as feminine, wearing wigs, dresses and make-up. Transgender men (people born female-bodied identify as men) were seen as wanting to be manly but not quite matching up. One participant, for example, speculated that a transgender man might want to work construction, but likely wouldn't be accepted by the other men on the crew.

Despite this gender-role stereotyping, participants often referred to transgender women as "him" and transgender men as "her," falling back on the sex assigned at birth in picking pronouns, rather than respecting the person's identity and preference.

"There seems to be a bit of a break" in understanding the transition between genders, Morrison said.

Next, the researchers asked 274 undergraduates to fill out surveys on stereotypes of transgender men or transgender women or surveys about their emotions toward transgendered people. The traits drawn from the focus groups were mixed in with other traits to see which ones a broader group would use to describe transgender people.

A broader range of participants in the surveys might alter the results, Morrison said. The study queried only Canadian students, who might hold different opinions from the rest of the population. It would be important to examine stereotype beliefs in other, broader, groups, Morrison said.

"People who are working directly with transgender individuals, for instance, health care professionals, their stereotypes should be assessed," she said. "Ultimately, what do we do if we find them steeped in negativity?" [Top 10 Stigmatized Health Disorders]

The next step, Morrison said, is to study the links between the stereotypes people hold about transgender people and prejudice and discrimination against the group. There has also been little work done on the sorts of transgender characters portrayed in the media and how those portrayals alter public attitudes.

The findings were published online Aug. 8 in the International Journal of Transgenderism.