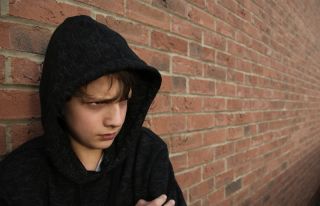 Kids who are distressed because they feel their physical body doesn't match their gender suffer from high rates of psychiatric symptoms, such as depression and suicide attempts, a new study finds.

In a sample of children and adolescents treated at the Endocrine Division at Children's Hospital Boston, young people who experienced distress about the "mismatch" between their body's sex and their mental gender had high rates of psychiatric complications (before any gender treatment). Kids who don't get treatment, whether for financial reasons or because their parents aren't supportive, likely have higher rates of psychiatric problems, said study researcher Scott Leibowitz, a psychiatrist at Children's Hospital Boston.

"Individuals who are not transgender take for granted what life must be like when our minds and bodies are incongruent with one another," Leibowitz told LiveScience. "Personally, I've seen so many kids who experience such high levels of distress with their changing bodies that it impairs their emotional and social functioning," he said.

Transgender people — people who feel that their biological sex does not reflect their true gender — have astonishingly high rates of mental health problems: A 2010 survey found that 41 percent of transgender people in the U.S. have attempted suicide.

Researchers attributed those rates to discrimination and stigma, as well as a lack of laws protecting transgender people from employment discrimination. Poor insurance coverage of hormones and other treatments to help a transgender person transition to their desired gender also account for the rates, the researchers found. [5 Myths About Gay People]

But the mismatch between mind and body alone can be a major source of psychological pain, Leibowitz said. Of 97 patients who came to the Endocrine Division for hormones and other treatments related to gender identity disorder between January 1998 and February 2010, 44.3 percent had significant mental health histories. Twenty percent had self-mutilated, and 9.3 percent had attempted suicide at least once. About 37 percent were taking psychiatric medication.

Growing up, many children experiment with cross-gender behaviors, but very few of them will grow up to experience distress about their biological sex. Persistent gender identity disorder is rare: In the Netherlands, where gender-treatment programs are well- established, only about 1 in every 10,000 to 30,000 people seeks treatment.

When young people start puberty and experience serious distress about their bodies developing into a gender they don't identify with, there are solutions, Leibowitz said. The medical standard established by the Endocrine Society and the World Professional Organization for Transgender Health call for treatment with hormones that suppress puberty in teens who have not yet undergone major physical changes. These treatments "buy time," Leibowitz said, preventing the development of secondary sex characteristics such as breasts or an Adam's apple while kids mature mentally enough to make decisions about whether they'd like to transition to a new gender. These treatments are reversible.

Older teens, ages 16 or 17, can begin to make decisions about taking estrogen or testosterone to promote the sexual characteristics of the gender they feel they are. Puberty-suppressing treatments are also used at this stage to lessen the doses — and thus side effects — of these hormones. The effects of cross-sex hormone therapy are partially reversible.

At every step of the way, Leibowitz said, families and children are counseled and evaluated to be sure they're ready for treatment. Doctors counsel young children and their families, but do not treat them with drugs or hormones unless their gender identity distress persists at puberty.

The cost of not treating can be high, as the new study, published today (Feb. 21) in the journal Pediatrics, highlights.

"Without treatment, a lot of these kids are prone to psychiatric disorders, including depression, suicide, self-mutilation, anxiety," Leibowitz said.