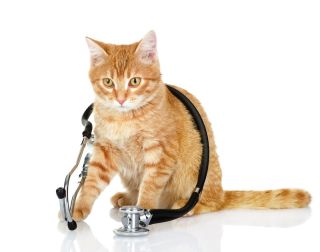 A microscopic organism that lives in cat poop could one day be used as a cancer treatment, researchers say.

Toxoplasma gondii is a single-celled parasite that lives in cats' intestines, but can infect other animals and people as well. Although infections with the Toxoplasma parasite are common among people, very few people show symptoms because their immune system attacks and keeps the parasite from causing illness.

Now, researchers are aiming to harness the immune response triggered by the parasite and direct it to attacking tumors. Although the Toxoplasma parasite is hardly the only microbe studied in the hot field of cancer immunotherapy, it may have some unique abilities, the researchers said.

"We know [that] biologically, this parasite has figured out how to stimulate the exact immune responses you want to fight cancer," said David J. Bzik, a professor of microbiology and immunology at Geisel School of Medicine at Dartmouth College in New Hampshire. [The 10 Most Diabolical and Disgusting Parasites]

Using a genetically modified Toxoplasma parasite, Bzik and his colleagues treated mice that had the skin cancer melanoma and mice that had ovarian cancer. In recent studies, they showed the treatment shrank the tumor and increased the mice's chances of survival.

However, much work is needed before a Toxoplasma-based cancer treatment could exit the lab and enter the clinic, the researchers said.

The life of the parasite

The Toxoplasma parasite is ubiquitous — it infects most species of warm-blooded animals, and can be found almost anywhere on the planet. "The parasite has learned not to kill the host, as well as not to let the host kill itself — for example, by having too much of an inflammatory response," Bzik said. "In order to accomplish this feat, it has to be able to manipulate the immune responses."

When the parasite invades an animal's body, the host's immune response kills any rapidly replicating parasite cells and protects the host from dying. (Later, when the acute infection is over, the parasite turns into a latent form that the host then carries in tissues, muscles and brain for life.)

"It turns out that CD8+ T cells are really important in cancer," Bzik told Live Science. "They are the single most important cell type that can eradicate tumor cells, but their generation is shut down by the tumor."

To jump-start this anti-tumor immune response in mice with cancer, the researchers used a safer form of the Toxoplasma parasite. To do so, they manipulated the parasite's genome so that it was unable to reproduce in animals or people, and therefore, couldn't cause disease.

They made a vaccine from this organism and injected it into large tumors in mice. The parasite then got into the cells that prime the CD8+ T cells and allow them to go to work, attacking the tumor cells, Bzik said.

So far, the researchers have treated melanoma tumors six times — even though the tumors were highly developed, they shrank to a nondetectable size after 12 days and multiple treatments. About 90 percent of the mice survived, Bzik said.

Bzik and his colleague said much more research is needed to understand the exact mechanisms behind the immune response that the parasite triggers. Also, before the treatment can be tested in people, researchers will need to do extensive testing to make sure it's safe, they said.