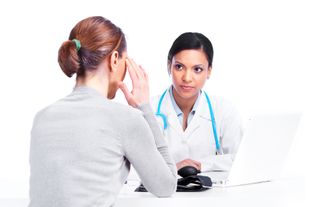 For women with regular periods, abnormally heavy bleeding may be a sign of blood cancer, and although this symptom is rare, it shouldn't be missed, a new study says.

Researchers reviewed information from about 2,000 young and middle-age women with leukemia who were diagnosed between 2002 and 2011. About 200 had abnormal vaginal bleeding, and for 19 of these women, this bleeding was what brought them to the doctor, and led to their cancer diagnosis.

Typical symptoms of blood cancer, or leukemia, include fatigue, easy bruising or tiny red spots under the skin. But doctors usually do not think of vaginal bleeding as a sign of the condition, said study researcher Dr. Denise Nebgen, a gynecologist  and associate professor at the University of Texas MD Anderson Cancer Center.

For this reason, doctors and patients may overlook heavy bleeding, mistaking it for a heavy period, Nebgen said. Many of the 205 women with uterine bleeding experienced heavy bleeding in the month or two leading up to a diagnosis, but it was other symptoms that finally brought them to the doctor, she said. [5 Signs of Gynecological Cancer Women Ignore]

"Women, in general, tolerate a lot," Nebgen said. A symptom such as a high fever might not go unheeded, "but heavy bleeding, both the doctors and the women…kind of write it off as normal," she said.

The heavy bleeding in women with leukemia is caused by a very low blood platelet count. Platelets are factors in the blood that help it clot and prevent bleeding.

Nebgen stressed that most women with heavy bleeding do not have leukemia: Just 1 percent of women in the study initially visited the doctor for heavy bleeding before their cancer diagnosis.

But it shouldn't be missed because the condition has potentially devastating consequences, the researchers said. Of the 19 women who went to the doctor with vaginal bleeding, nearly half died. These women had been healthy, and their average age was 39, Nebgen said.

Women with typically normal periods who experience sudden, abnormal and very heavy vaginal bleeding should go to the doctor and get a blood count to test for leukemia, Nebgen said.

The study was presented this week at the meeting of the American Congress of Obstetricians and Gynecologists in Chicago.