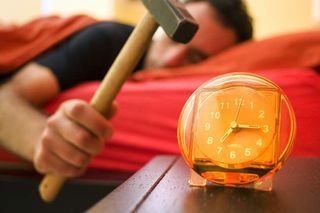 It might be smart to let your heavy eyelids carry you into dreamland during waking hours, because a new study finds that half-hour siestas can boost heart health and help prevent deadly cardiovascular disease.

Past studies have indicated that in countries where midday naps are common, as in the Mediterranean and parts of Latin America, rates of death from heart disease are lower than the average rates in non-napping regions.

Few of these studies, however, accounted for factors linked to heart disease risk, including physical activity, diet and age.

Androniki Naska of the University of Athens Medical School in Greece and colleagues studied 23,681 Greek men and women between age 20 and 86 who had clean bills of health when they enrolled into the study between 1994 and 1999. The scientists conducted follow-up exams at various intervals until the end of December 2005, with an average of six years between enrollment and follow-up.

Participants reported whether they took siestas and if so, the frequency and length of their naps. They also indicated their level of physical activity and dietary habits over the previous year.

After roughly six years, 792 participants had died, including 133 deaths from heart disease. Those who took naps at any frequency or duration were 34 percent less likely to die from heart disease than the non-nappers. The serious snoozers who took a 30-minute or longer siesta at least three times a week had a 37 percent lower risk of heart-disease death.

Working men showed the greatest heart benefits from daily shut-eye, no matter the number or duration of naps, with a 64 percent lower risk of death from heart disease compared with working men who didn't nap. Non-working men who napped were 36 percent less likely to die from heart disease. Only six working women died during the study, so the researchers couldn't run a similar analysis for women.?

The fact that naps gave a heightened benefit to working men--who likely face job-related stress--compared with non-working men supports the stress-reduction link, they say in their study published in the Feb. 12 issue of the journal Archives of Internal Medicine.