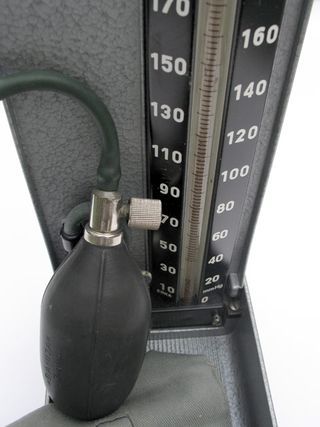 Photo taken by Sanja Gjenero. There are no usage restrictions for this photo

Half of Americans aged 55-64 have high blood pressure, a major risk factor for heart disease and stroke, according to a new annual report on health in the United States issued today by the Centers for Disease Control and Prevention's (CDC).

The report concludes that 40 precent of people in that age bracket are obese.

"Controlling high blood pressure and obesity is crucial for health, and particularly for baby boomers as they grow older," said Health and Human Services Secretary Mike Leavitt.  "It's time to act against both conditions so more Americans can live longer, healthier lives."

CDC Director Julie Gerberding urged people 55 to 64 to take stock now of their health, including such vital measures as weight, cholesterol level, blood pressure, risk of heart attack and any signs of diabetes.

"The late 50s and early 60s are a crucial time of life to focus on disease prevention," Gerberding said. "It's never too late to adopt a healthy lifestyle to enjoy a longer, healthier life."

Two-thirds of high school students exercised regularly but only one-third of adults were physically active in their leisure time.