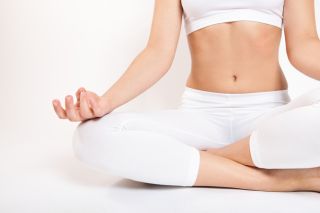 Women who are recovering from breast cancer treatment may have even more reasons to sign up for a yoga class, with a new study suggesting the practice can lessen cancer-related fatigue and reduce inflammation in the body.

It's the first exercise trial in breast cancer survivors to show reductions in inflammation, said study researcher Janice Kiecolt-Glaser, a professor of psychiatry and psychology at The Ohio State University College of Medicine in Columbus.

Inflammation is an immune response that's normally protective, when it fights off infection or heals an injury. But high levels of chronic inflammation have been linked to a variety of health conditions, including cancer, heart disease and diabetes.

To find out whether practicing yoga could affect women's moods, fatigue and levels of inflammation, Kiecolt-Glaser and her colleagues at Ohio State recruited 200 breast cancer survivors. The women ranged in age from 26 to 76, and they had completed treatment for either early or later-stage breast cancer.

Half the women participated in twice-a-week 90-minute hatha yoga classes for 12 weeks, which involved standing, seated and mat poses, along with yogic breathing exercises. Yoga participants were also encouraged to practice at home.

The other participants were wait-listed for the yoga class and enrolled in it later.

The study was published online today (Jan. 27) in the Journal of Clinical Oncology.

The women completed questionnaires describing their mood, sleep and eating habits before they started the yoga class, after they completed it and three months later. The researchers also measured inflammatory markers in the blood at these time points.

The study found that women who took yoga for three months had a 41 percent drop in fatigue, and up to a 15 percent decrease in inflammation compared with women who had not practiced yoga. [11 Tips to Lower Stress]

Three months after the yoga class ended, participants continued to reap its rewards: Breast cancer survivors were on average 57 percent less likely to complain about feeling tired, and had up to a 20 percent drop in bodywide inflammation compared with the wait-listed group.

Although the exact mechanism is unclear, several reasons may explain why yoga benefited breast cancer patients.

"Our women reported that they slept much better on average, and poor sleep is associated with higher levels of fatigue and inflammation," she told LiveScience.

Another reason is the increased physical activity, and a third is stress reduction.

Unlike other forms of exercise, yoga also has breathing and meditative components. So practicing yoga regularly seemed to strengthen the women's bodies, and it also relaxed their minds.

Other research has suggested that the social support that group fitness classes bring could help explain yoga's positive benefits, but Kiecolt-Glaser said this was not the case in her study. The results showed no change in the women's reported feelings of loneliness and social support before and after taking the yoga class.

One limitation of the study is that the researchers did not compare the benefits seen in the women taking yoga to breast cancer survivors who were regularly engaged in another type of moderate physical activity.

The researchers chose yoga because many of the women had previously been sedentary, Kiecolt-Glaser said.

"By having a less demanding activity, we were hoping the women might find it more interesting and enjoyable, and practice more," she said.

"Yoga provides a good way to become more active and involved, and it also appears to have important anti-inflammatory benefits," Kiecolt-Glaser said.