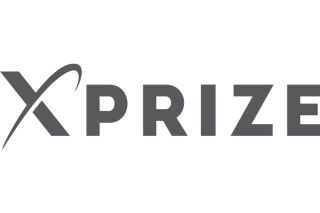 An X Prize is a large monetary award given to the person or organization that achieves specific goals set forth in competitions that are intended to spur innovation and technological development that could benefit mankind. The X Prize Foundation creates and manages the prizes, which are developed in five areas: Learning, Exploration, Energy & Environment, Global Development and Life Sciences.

Founder Peter Diamandis offered the first X Prize in 1996 to the first private team to build and launch a spacecraft capable of carrying three people to 100 kilometers (62.5 miles) above Earth's surface, twice in two weeks. He was inspired by the Orteig Prize, which was won by Charles Lindbergh in 1927 for being the first person to fly non-stop from New York to Paris.

The X Prize was later named the Ansari X Prize after a family of entrepreneurs who made a multimillion-dollar donation. Twenty-six teams competed for the $10 million, which was won in 2004 by Scaled Composites, a company owned by aerospace designer Burt Rutan and backed by billionaire Paul Allen, co-founder of Microsoft. Their team's SpaceShipOne became the first non-governmental manned spacecraft.

After the success of the Ansari X Prize, Diamandis and the foundation decided to create more prizes to spur innovation. Past prizes include:

This prize was launched in 2007 with the challenge to create safe, affordable, production-capable vehicles that exceed 100-mpg energy equivalent (MPGe). In 2010, winners in their respective classes of vehicle were:

This challenge was issued in 2010 to inspire solutions to speed the pace of cleaning up seawater surface oil resulting from spillage from ocean platforms, tankers and other sources. In 2011, Team Elastec / American Marine received $1 million after accomplishing a cleanup rate exceeding three times the industry’s previously recorded best cleanup rate.

As of January 2014, there were four active X Prizes and several others in the development stage or under consideration. The active prizes are:

This prize seeks to further privately funded space exploration. To win the $30 million prize, a private company must land safely on the surface of the moon, travel 500 meters (1,640 feet) above, below or on the lunar surface, and send back two “mooncasts” to Earth.

Teams may also compete for bonus prizes such as exploring lunar artifacts or surviving the lunar night, and can be awarded prize money earlier by completing terrestrial or in-space milestones. The deadline for these accomplishments is Dec. 31, 2015. [Gallery: Google Lunar X-Prize Teams]

This prize, named after the medical scanning device from "Star Trek," seeks the development of a mobile device that will monitor and diagnose a person's health condition. The winner of the $10 million prize will be the team "that most accurately diagnoses a set of diseases independent of a healthcare professional or facility and that provides the best consumer user experience."

This prize is a $2.25 million competition to stimulate the development of health sensors and sensing technology. The winner of the first challenge was announced in October 2013. Nanobiosym Health RADAR was awarded $525,000 for their Gene-RADAR sensing technology that enables personalized diagnostic testing. Registration for the second challenge is open.

This competition is a challenge to help improve ocean health and our understanding of how carbon dioxide emissions are affecting sea life. Individuals or teams will receive $2 million for developing sensors that will measure ocean chemistry.

In 2006, the X Prize Foundation announced the Archon Genomic X Prize, which offered $10 million to the first team that could sequence 100 whole human genomes at a cost of $10,000 or less per genome. However, innovation outpaced the competition. By August 2013, genome sequencing technology had plummeted in cost — less than $5,000 per genome — and increased in speed — sequences could be done in a few days or less. Therefore, the X Prize Foundation decided to cancel this X Prize.