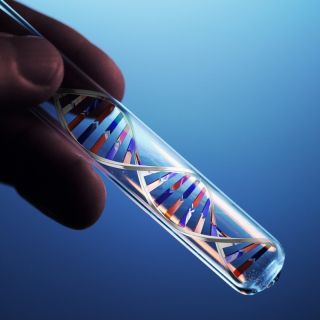 A major shortcoming of the genetic tests offered by the Google-backed company 23andMe is not necessarily their accuracy, but rather the limited information they use to evaluate a person's lifetime risk of complex diseases, experts say.

Recently, the Food and Drug Administration sent a letter to 23andMe telling the company to stop marketing its DNA testing kits, because the kits require FDA approval, which the company had not obtained. The letter emphasizes the need for 23andMe to prove that their tests are accurate.

"FDA is concerned about the public health consequences of inaccurate results from the [Personal Genome Service] device; the main purpose of compliance with FDA's regulatory requirements is to ensure that the tests work," the letter reads, referring to 23andMe's genetic testing product. [7 Diseases You Can Learn About From a Genetic Test]

However, according to one expert, the accuracy of the test is not the biggest issue. The company's testing methods have been found to meet federal standards for lab testing, called Clinical Laboratory Improvement Amendments (CLIA), said Amy Sturm, a genetic counselor at The Ohio State University Wexner Medical Center.

A greater problem is that the results provide "a very incomplete view" of a person's risk for a given disease, Sturm said.

The company says that its DNA testing kit and analysis — which have been sold in the United States for more than five years, according to the FDA — can tell people whether their genes indicate an increased risk for more than 250 diseases and conditions.

To do so, the test identifies certain genetic markers, or single nucleotide polymorphisms (SNPs), which are single spots in the DNA that vary among people and have been linked in research studies to diseases. But for many of these diseases, the company tests just a few genetic markers, when in reality, many other factors, including additional genetic markers, likely contribute to the development of the diseases, Sturm said.

"The fact of the matter is … that's just such a limited view of breast cancer genetics," Sturm said. Researchers suspect that hundreds, if not thousands, of genetic markers likely influence breast cancer risk. And so even if people do not have those three SNPs, they could still have a genetic mutation that puts them at risk for breast cancer.

The company also does not obtain a family history, or take into account environmental factors that may contribute to disease risk. [6 Foods That May Affect Breast Cancer Risk]

For instance, 23andMe provides a report on a person's risk of type 2 diabetes, but genetics contributes to just 26 percent of a person's risk, according to the company. The rest is due to environmental factors, such as obesity, physical inactivity and a history of heart disease, 23andMe said. And there are still unknown genetic factors that the test cannot take into account.

"It's just a very small snapshot of anyone's particular risk," said Barbara Bernhardt, a genetic counselor and professor of medicine at the University of Pennsylvania School of Medicine.

While 23andMe does explain that its tests do not take into account all of the factors that contribute to disease risk, that won't necessarily stop people from getting the wrong idea, Sturm said.

For example, a few years ago, Sturm counseled a man who had questions about his 23andMe results. The man was very concerned about his risk of esophageal cancer, based on his results. But after taking the man's family history, Sturm found out the man should be more worried about heart disease, which ran in his family, than esophageal cancer, Sturm said. And the increased risk of esophageal cancer discussed in the 23andMe report was based on a single genetic marker that had been studied only in a Chinese population, Sturm said. (The man was not Chinese, so it was unclear if the results applied to him, Sturm said.)

This counseling experience highlights another major issue with direct-to-consumer genetic tests: Consumers can take them without going through their health-care providers, experts say.

"The danger is just, most people do not have the educational background to fully understand [the tests] themselves, what the result means," Sturm said.

Bernhardt agreed. "Since the beginning, the main concern has been about the potential for misunderstanding of the results, and the lack of resources that may be available to people to help sort out results," she said.

If people's results show they are at average risk for a disease, they might be overly reassured by the finding; and if the results show they are at increased risk, they may seek medical tests that they do not need, Sturm said. For instance, the man Sturm counseled kept asking if he needed a screening test for esophageal cancer, when he did not need one.

However, 23andMe does advise consumers to speak with their doctors if they have concerns about their results, and also offers to connect people with genetic counselors to explain results. But it's unclear how many people take advantage of these services, Sturm said.

In addition, people who take a genetic test through their doctors would likely undergo pre-test counseling to discuss what the results might reveal, and whether the patient would be ready to deal with such results. People who take the 23andMe test don't need to undergo pre-test counseling, even though the results might show a genetic risk for conditions such as Alzheimer's disease.

In the past, 23andMe has said that its tests are for recreational purposes, but "from our perspectives, it's been pretty clear that the data returned to people are intended to have implications for their health," Bernhardt said.