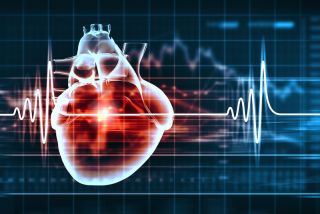 The second-largest hospital in the Southern African country of Swaziland may be operating a black market in human body parts used in magic spells, according to claims made by a reverend and others.

The organ trade at Raleigh Fitkin Memorial Hospital in the city of Manzini has been described as "an open secret" by critics such as Rev. Grace Masilela. Accusers say people come to the hospital from neighboring South Africa to buy bones, hearts, brains and other organs.

Whether or not this particular claim is true, such a practice is not uncommon in the area. There, traditional healers or witch doctors often grind up body parts and combine them with roots, herbs, seawater, animal parts and other ingredients to prepare potions and spells for their clients. Sometimes clients eat the mixture or rub it on the skin or into open wounds. In the region, the practice of using body parts for magical ritual or benefit is called "muti," a Zulu word meaning "medicine." [15 Crazy Urban Legends Debunked]

Belief in magic is widespread throughout Sub-Saharan Africa, according to a 2010 Gallup poll in which over half of the respondents reported personally believing in witchcraft and magic.

Gérard Labuschagne, of the South African Police Service's Investigative Psychology Unit, has investigated dozens of muti murders. Writing in the Journal of Investigative Psychology and Offender Profiling in January 2004,Labuschagne explains the underlying belief system of muti: "In traditional African beliefs, it is assumed that there is only a certain amount of luck in society. Each individual receives a portion of that luck. It is therefore believed that if another person is successful, then they have obtained an extra portion of luck via devious means, usually with the intervention of the supernatural.

"Setbacks or calamities, such as drought or illness, are signs that the natural and social order have been disturbed. One means of obtaining this extra portion of luck or restoring the natural order is through the use of strong muti. It is with this strong muti that muti murders are often associated. Muti made from human body parts is considered to be exceptionally powerful."

Muti murders differ from ritual or sacrificial killings in that the goal is not necessarily to kill the victim (though that often happens due to shock and blood loss), but instead to obtain body parts.

Just as different ingredients in a recipe are used for different purposes, certain body parts are used for particular goals. For example, eyes may be stolen and used in a magic ritual to help restore a client's failing eyesight, whereas severed hands are used to assure business success, and genitals are believed to attract luck. [The Surprising Origins of 9 Common Superstitions]

In some cases, criminals have been arrested during robberies with muti in their pockets, having been told by a healer that the medicine from such body parts would make the thieves invisible to police — or even bulletproof.

Body parts from live victims are said to be the most powerful, though organs taken from the dead are sometimes used, as is claimed to have happened in Swaziland. Labuschagne notes, "There seems to be an increase in grave robbing, where the body parts removed are similar to those used in muti. Also, theft or sale of body parts from hospitals and mortuaries has occurred. It is uncertain whether or not the traditional healer would be able to tell if a body part is removed pre- or post-mortem."

Stealing organs from the dead for use in magic spells is a ghastly crime, but at least the unwilling donors are deceased. Just as often, murderers working on behalf of witch doctors attack and kill innocent people for their body parts. Muti murders are particularly brutal, with knives, machetes or even glass shards used to cut and hack off limbs, breasts and other body parts from their victims, including children.

In East Africa, at least 50 albinos were murdered for their body parts in 2009, according to the Red Cross. An albino's' arms, fingers, genitals, ears and blood are highly prized for their especially powerful magic, according to believers.

Muti murders have occurred throughout South Africa, and especially in rural areas. Reliable figures on the number of muti murders in the country are elusive, because police do not track those murders separately from other homicides. Even so, estimates range from a few dozen to a few hundred murders per year.

Science fiction fans may recall that muti was featured in the hit South African film "District 9," in which a local warlord tries to steal the hero's body parts, believing the stolen limbs would give him magical powers.

Most Africans, and most traditional healers there, reject muti murder and don't engage in the practice. Still, the belief that body parts can aid in magic rituals has been a part of African culture for centuries, and it will likely remain so.

Benjamin Radford is deputy editor of "Skeptical Inquirer" science magazine and author of six books including "The Martians Have Landed! A History of Media Panics and Hoaxes." His Web site is www.BenjaminRadford.com.