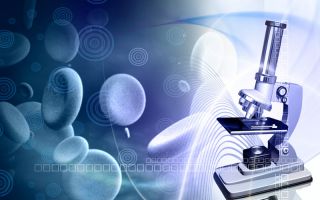 The Nobel Prize in Medicine has been awarded every year for more than a century.
(Image: © Creations |Shutterstock)

Three scientists who helped uncover how the body's cells transport molecules to their correct locations have received this year's Nobel Prize in Physiology or Medicine.

The prize was awarded jointly to two American researchers — James Rothman of Yale University and Randy Schekman of University of California at Berkeley — and Thomas Südhof, a German-born scientist at Stanford University.

Their discoveries revealed how cells control the delivery and release of molecules — such as hormones, proteins and neurotransmitters. Cells shuttle around this "cargo" in bubblelike structures called vesicles. The cell's transport system must control the delivery of cargo to ensure it reaches the right place at the right time. For instance, cells that produce the hormone insulin must determine when to release the hormone, which plays a role in metabolism.

"Through their discoveries, Rothman, Schekman and Südhof have revealed the exquisitely precise control system for the transport and delivery of cellular cargo," the Nobel Assembly at Karolinska Institutet in Sweden, said in a statement. "Disturbances in this system have deleterious effects and contribute to conditions such as neurological diseases, diabetes and immunological disorders." [Quiz: Test Your Nobel Knowledge]

Schekman was awarded the Nobel Prize in Medicine for work he did in the 1970s, when he identified genes that control different aspects of the cell transport system.

In the 1980s and 1990s, Rothman discovered how vesicles dock and fuse in the correct place. He found that specific proteins on the vesicle bind to proteins on the cell's membrane, "like two sides of a zipper," the statement said.

"The fact that there are many such proteins and that they bind only in specific combinations ensures that cargo is delivered to a precise location," the statement said.

Südhof discovered how an influx of calcium ions controls the release of cellular cargo from nerve cells.

"The three Nobel Laureates have discovered a fundamental process in cell physiology," the statement said. "Without this wonderfully precise organization, the cell would lapse into chaos."

When notified of the award by phone, Südhof told the Associated Press that at first he thought the call was a prank. "I got the call while I was driving and like a good citizen I pulled over and picked up the phone," Südhof was quoted as saying. "To be honest, I thought at first it was a joke. I have a lot of friends who might play these kinds of tricks."