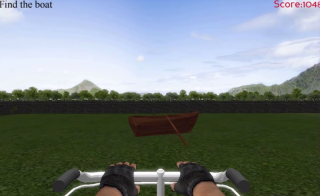 A type of brain cell known to help animals keep track of their location has been found for the first time in humans, according to a new study.

Researchers discovered the neurons, called grid cells, because they were activated in the brains of study participants exploring a virtual environment. The cells function like an internal GPS system, and may also play a role in memory, the researchers said.

"Grid cells tell a person where they are in their environment," said study researcher Joshua Jacobs, of Drexel University in Philadelphia, adding that in animals the cells provide a kind of measuring stick for navigation. [10 Ways to Keep Your Mind Sharp ]

In the late 1970s, scientists found neurons in the hippocampus (the brain's memory center) that were active in rats when the animals were in a particular place. The cells were named place cells, and humans were later found to have them, too.

In 2005, scientists discovered grid cells, which provide input to place cells, in rats, and later, in bats and monkeys. A functional magnetic resonance imaging study hinted that grid cells existed in humans, but the new study is the first to find solid evidence for them.

Jacobs and his colleagues honed in on the human grid cells using electrodes implanted in the brains of patients being treated for drug-resistant epilepsy. (The electrodes are used to help doctors find the origin of the patients' seizures.)

In the study, the participants played a virtual reality game in a simulated outdoor environment. They were asked to find the locations of various objects, such as a water bottle and bicycle. The object would disappear, and the participants had to navigate to the object's former location using a joystick.

During the task, the scientists detected the activity of grid cells in a brain region called the entorhinal cortex, which is involved in memory, and is affected by Alzheimer's disease. In the study, the cells became active in a triangular grid pattern, forming a coordinate system to track a person's movement.

The finding helps demystify how humans navigate, by demonstrating that we use location mechanisms similar to those of rats and other animals.

Some evidence suggests the brain's grid cell system evolved to support navigation in early animals. But in humans, the same brain structures are also involved in memory, Jacobs said.

"This could help explain a lot of diseases involved with spatial orientation," Jacobs said. "People with Alzheimer's often become disoriented," he said, adding that perhaps treatments that target their grid cells could help.