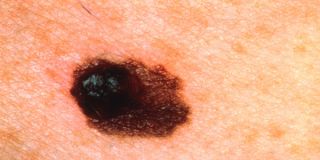 Young men are more likely to die of the skin cancer melanoma than young women, regardless of the severity of the tumor, a new study found. This suggests there are fundamental biological differences between melanoma in men and women, the researchers said.

Looking at melanoma cases among a population of young, white men and women over 20 years, the researchers found that men accounted for 40 percent of the cancer cases, but 64 percent of the deaths.

Overall, men were 55 percent more likely to die of melanoma than women of the same age, after adjusting for other factors such as a tumor's type, thickness and location, according to the study published today (June 26) in the Journal of the American Medical Association.

In an editorial accompanying the study in the journal, experts said that the study revealed a "striking disparity" between men and women in terms of survival.

"The findings are so consistent that they imply a fundamental biological difference in 'male' versus 'female' melanoma," wrote editorial authors Dr. David Fisher, a dermatologist at Harvard Medical School and Alan Geller, a lecturer at Harvard School of Public Health.

The difference has been attributed to behavioral factors — for example, the fact that women are more likely to examine their skin and visit doctors, which helps early detection and better survival.

"We thought that it would be novel and interesting to look at a younger population," said study researcher Dr. Susan Swetter, a professor of dermatology at Stanford University. "Younger people don't tend to see a doctor as frequently," she said. In the study, the researchers included about 26,000 white adolescents and young adults ages 15 to 39, who were diagnosed with melanoma between 1989 and 2009. White people are far more likely to develop melanoma than those of other races.

During the study period, 1,561 patients died from melanoma. Men were more likely to die in each category of the tumor, and each age group, the study showed.

Among patients who had an additional cancer besides melanoma, men were twice as likely to die.

The researchers said women's survival advantage may be due to habits such as better health maintenance or more visits to the doctor, which helps detect tumors when they are smaller and more curable.

However, among those who had the thinnest tumors, men were still twice as likely to die, which suggests that men's disadvantage is due to biological differences rather than behavioral ones, according to the study.

Little is known about the biological differences that might result in different melanoma survival rates in men and women. Some proposed explanations involve the immune system, sex hormones, genetic factors and vitamin D metabolism.

While further studies are needed to investigate these possible biological differences, the dramatic difference in survival calls for behavioral interventions to promote early detection strategies in young men, the researchers said.

Public health messages that warn against risky behavior such as skin tanning are more likely to be heeded by women. Swetter said that such messages should target men too, and emphasize that men are at higher risk of dying of melanoma. Email Bahar Gholipour. Follow LiveScience @livescience, Facebook & Google+. Original article on LiveScience.com.