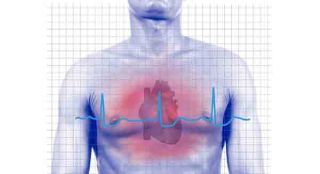 Researchers have discovered how pacemakers, when used to treat heart failure, work to make the heart stronger, a new animal study finds. Heart failure occurs when the heart cannot pump enough blood for the body.

The findings could lead to a drug or gene therapy that mimics the heart-strengthening effects of a pacemaker, the researchers said. Such a treatment would be particularly useful for heart failure patients who aren't candidates for pacemakers, said study researcher Dr. David Kass, professor of medicine and biomedical engineering at The Johns Hopkins University School of Medicine.

"This could be the new drug," Kass said. "You don't need the pacemaker."

It's unlikely a drug could replace pacemakers in patients with heart rhythm problems , Kass said. But certain pacemakers have been found to strengthen the heart and lengthen patients' lives. A drug that replicates this effect may be useful to patients who don't respond to pacemakers, or who don't qualify for them, Kass said.

In patients with abnormal heart rhythms, pacemakers send electrical signals into the heart muscle. It's hard to imagine how a drug would do this, Kass said.

The study was conducted in dogs, which are good models of human physiology for this type of research, Kass said. However, more work is needed to see whether the results apply to people, the researchers said.

The study is published today (Sept. 14) in the journal Science Translational Medicine.

About 25 percent of heart failure patients suffer from a heart rhythm problem in which the two sides of the heart's left ventricle (the main pumping chamber) fail to contract in unison. This causes blood to slosh around inside the chamber, rather than be pumped out to the body.

A treatment known as cardiac resynchronization therapy (CRT) was developed in the early 2000s to fix this problem. CRT consists of a modified pacemaker with two wires that send signals to both sides of the left ventricle (normally a pacemaker has just one wire), to synchronize their contractions.

CRT has an immediate effect on the heart's mechanical problem, but it also has the long-term effect of strengthening the weak hearts of these patients. Until now, researchers didn't know how CRT accomplished this.

In the new study, dogs were induced to have heart failure, and then their hearts were resynchronized using CRT.

The researchers found CRT increased the levels of a protein, called RGS, which allowed the heart to be more responsive to hormones, including adrenaline, making the heart healthier, Kass said.

In theory, a drug could stimulate production of the RGS protein, Kass said.

The study "endorses the use of these pacemakers more," said Dr. Joshua Hare, a cardiologist and director of the University of Miami's Interdisciplinary Stem Cell Institute, who was not involved in the work.

"It gives me greater confidence that the approach of resynchronization pacing is one to be taken seriously, and one to have an enhanced degree of confidence in," Hare said.

However, Hare said he is not sure the findings will lead to new therapies for heart failure patients. The study suggests that increasing the amount of RGS protein would have beneficial effects, but the researchers need to prove this in subsequent clinical trials.

Sometimes, an approach that works in laboratory animals turns out to have the opposite effect in people, Hare said. The majority of previous attempts to find drugs for heart failure patients have failed, he said.

"I have a watchful, waiting approach to see if this leads to anything new in the way we treat patients," Hare said.

Pass it on: A drug that increases levels of a particular protein may be able to mimic the effect of certain pacemakers.