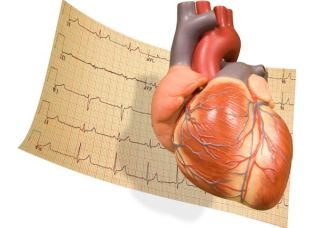 Painkillers commonly used to treat inflammation may increase the risk of irregular heart rhythm, according to a new Danish study.

These drugs have already been linked to an increased risk of heart attacks and strokes, but no study had examined their effect on irregular heart rhythm, caused by atrial fibrillation or flutter, the researchers said. The condition is associated with an increased long-term risk of stroke, heart failure and death.

The researchers used data on 32,602 patients diagnosed with atrial fibrillation or flutter between 1999 and 2008 from the Danish National Registry of Patients. Each case was compared with 10 age and sex-matched control patients randomly selected from the Danish population.

Compared with non users, people who'd begun using NSAIDs within the previous 60 days had a 40 percent increased risk of atrial fibrillation, and those who begun using COX-2 inhibitors in that time had a 70 percent increased risk. This is equivalent to approximately four extra cases, beyond what would statistically be expected, of atrial fibrillation per year per 1,000 new users of NSAIDs, and seven extra cases of atrial fibrillation per 1,000 new users of COX-2 inhibitors. The risk appeared highest in older people, and patients with chronic kidney disease or rheumatoid arthritis were at particular risk when starting treatment with COX-2 inhibitors. "Our study thus adds evidence that atrial fibrillation or flutter need to be added to the cardiovascular risks under consideration when prescribing NSAIDs ," the study said. In an accompanying editorial, Dr. Jerry Gurwitz, professor at the University of Massachusetts Medical School, wrote that NSAIDs should continue to be used very cautiously in older patients with a history of hypertension or heart failure. The study was published online Monday in the journal BMJ. Pass it on: NSAIDs and Cox-2 inhibitors may increase the risk of an irregular heart rhythm.