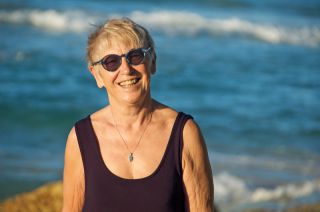 A drug commonly used to treat breast cancer may cause heart problems in elderly patients, a new study says.

The results show that 27 percent of women over age 70 taking trastuzumab — commonly known by its brand name, Herceptin — developed heart problems as a result of taking the drug.

The findings highlight the need to study cancer drugs in older patients; most clinical trials for breast cancer drugs involve younger women who have fewer health problems along with their cancer, the researchers said.

"Approximately 70 percent of all newly diagnosed cancers occur in patients older than 65," and the number of patients of this age range is likely to increase in the coming decades as the population ages, said study researcher Dr. César Serrano, who carried out the research while working at the Vall d'Hebron University Hospital in Barcelona.

The study is published today (Aug. 9) in the journal Annals of Oncology.

The researchers looked at medical records of 45 breast cancer patients, between the ages of 70 and 92, who had been treated with Herceptin, and found that 12 developed heart problems caused by the drug.

Women with prior heart problems or diabetes had a greater risk. One-third of the women with either of those conditions in the study developed heart problems.

The heart problems seen in the study included congestive heart failure and a drop in the volume of blood pumped out by the heart with each beat.

When the women stopped taking the drug, all but one of the women recovered fully, and five of them were healthy enough to restart the treatment.

Herceptin is the current standard drug given to women with the type of breast cancer that expresses the protein HER2 on the surface of the cancer cells (called HER2 positive breast cancer).

The finding that more than one-fourth of elderly patients had heart problems is not surprising, but it is a higher rate than what studies of Herceptin in younger women have found, said Dr. Amy Cyr, a surgical oncologist at Washington University in St. Louis, who has researched breast cancer in older women but was not involved with this study.

The new study agrees with an earlier study by Japanese researchers, who reported in April that 28 percent of older breast cancer patients developed heart complications as a result of taking Herceptin, Cyr said.

While researchers do not know exactly how the drug causes heart trouble, it is clear that the chemotherapy drugs often given along with Herceptin compound the problems, Cyr said.

Still, for most women, the benefits of taking Herceptin are likely to outweigh the risks, Cyr said, though patients should be sure to take echocardiogram tests to determine their baseline cardiac function before starting the drug, and watch closely for symptoms such as shortness of breath and swollen limbs while on it.

"The problem is that HER2 positive tumors are really aggressive, and trastuzumab has revolutionized treatments for these women," she said. "It makes a huge difference in survival rates," explaining that studies that have followed patients for five years have found it cuts women's risk of dying in half.

Once women stop taking the drugs, the heart problems are likely to subside, Cyr said, and this was true for 11 of the 12 women in the study who developed heart problems. One woman, who had developed congestive heart failure while on the drug, only slightly improved when she stopped taking it. She died three months later due to progression of her cancer, the study said.

The study was limited due to its small size and the fact that it was retrospective, Cyr said. It also included a slightly higher percentage of patients with advanced, metastatic cancer than would be representative of all elderly patients, which might have resulted in a finding of heart problems that was higher than otherwise would be expected, she said. [Infographic: How Breast Cancer Metastasizes]

Clinical trials are often biased in that they don't include older women, Cyr said, and more studies of these patients are needed.

"Assumptions are made that older women wouldn't want [breast] reconstruction or wouldn't want chemo," and some studies have shown that physicians are assuming this without discussing such options with their older patients, Cyr said. "Hopefully, that's changing."

Pass it on:  Herceptin may cause heart problems in older patients.

This story was provided by MyHealthNewsDaily, a sister site to LiveScience. Follow Karen Rowan on Twitter @karenjrowan.