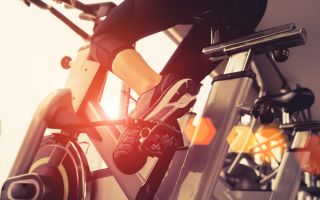 It would certainly be nice to blame your weight on your metabolism. But despite excuses like "I have a slow metabolism," in the grand scheme of things, metabolic rate doesn't vary much from person to person.

But wait — what is a person's metabolism, anyway?

Another way to think of metabolism is that it's your body's ability to convert food into energy to power all sorts of processes in your body. [Can You Turn Fat into Muscle?]

Researchers can measure your basal metabolic rate two ways: by measuring the heat your body exudes, or by monitoring the levels of carbon dioxide you exhale.

So, can some people have a "fast" metabolic rate and others have a "slow" one?

"People do differ in their metabolic rate, but if you look at people's metabolism per unit or per kilogram of lean mass, then actually, metabolic rate in those terms is remarkably constant across the population," said Dr. Thomas Barber, an associate professor and honorary consultant endocrinologist at the University of Warwick and University Hospitals Coventry and Warwickshire in England.

"All of the lean tissue in the body — everything that is not fat — is where most of the metabolism occurs," Barber told Live Science. (Lean mass doesn't include just muscles but also organs such as the liver, kidneys and brain.) So if you zero in on people's metabolic rate in their "lean mass, people are fairly similar across the board."

Differences in metabolism emerge, for the most part, due to differences in the amounts of fat compared to lean mass in a person's body, Barber said. The less body fat and the more lean mass, the more efficiently the body's metabolism runs.

Can your metabolic rate change?

A person's metabolic rate would adjust if that person's fat-to-lean-mass ratio changed, Barber said — in other words, if the person's body fat or lean mass changed relative to the other. Increasing the level of once physical activity would have a similarly positive effect. (Tinkering with the metabolic rate medically could have deleterious and harmful side effects, he added.)

"One way to improve your metabolism would be to [increase] your lean mass and reduce your fat mass," Barber said. "You want to exercise more, you want to build up more muscle to have proportionately more lean mass, and therefore, you can have an impact on your overall metabolic rate." [Does Drinking Alcohol Warm Your Body?]

Still, Barber noted that although "metabolic rate differs across [the] population … it cannot be seen as an excuse for weight gain for the vast majority" of people because lean basal metabolic rate is fairly consistent across the population.

None of this is to say that losing weight is easy. Indeed, the body can even fight back against weight loss.

There are some quirks of metabolism that you might need to overcome if you're trying to lose weight, Barber said. [Can You Trick Your Body Into Burning More Fat?]

Your body naturally wants to maintain its weight, so when you lose about 5 or 10 percent of your weight, a mechanism called "persistent metabolic adaptation" kicks in, Barber said. This mechanism slows down the metabolism and increases your appetite, trying to force your body to get back to the weight it perceives as the default. This, Barber said, is one reason so many people have trouble maintaining their hard-fought weight loss.

For example, "when we lose weight, we actually have to exercise more and be more active to maintain the [lower] body weight," he said.