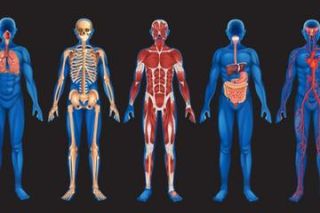 NEW YORK — For hundreds of years, physicians have been dissecting the dead to learn about the inner workings of the human body.

While the subject matter itself hasn't changed much, the study of anatomy has been steadily advancing — both in terms of the tools available to clinicians and the ways in which educators and students approach the material. Yet amidst these changes, there's no replacement for the hands-on experience of the anatomy lab, physicians say.

Many people think the purpose of the anatomy lab is for students to simply learn the nomenclature for the parts of the body, said Todd Olson, an anatomist at Albert Einstein College of Medicine in New York. This is certainly part of the purpose — "anatomy is the foundation for the language of medicine: the language health-care professionals use for communicating about patients," Olson said. But it's not the only reason. [Image Gallery: The Oddities of Human Anatomy]

One of the most valuable aspects of the anatomy lab experience is gaining an appreciation of human variability, Olson said. "I've been teaching and studying anatomy for over 40 years, and I've never seen a live or dead person that looks like an anatomy book, because every picture in an anatomy book identifies the 'average' condition," he said. "But none of us are 100 percent average." These differences include those between the old and young, between men and women, and from person to person.

Whereas the anatomy lab remains a cornerstone of medical education, other parts of medical teaching have changed in recent years. As the amount of medical knowledge grows — for instance, with vast advances in medical imaging — medical curriculums must grow to keep pace, which ultimately means less time for each concept. Many medical schools have reduced the amount of time spent in the anatomy lab, and some even provide predissected cadavers (called prosections) so students don't have to spend time doing it themselves.

Technology plays an increasing role in the lab these days, too. At NYU School of Medicine, for example, students use a digital 3D software program called the BioDigital Human as a complement to their manual dissections. Technology can be helpful in anatomy education, Olson said, but it’s not going to replace dissection. "Dissection is something that is very real. It is happening to the remains of a once-human being, it is not something that is easily replicated on a computer screen." [Ready for Med School? Test Your Body Smarts]

Also in recent years, anatomy educators have pushed to focus on only the most clinically relevant aspects of anatomy — what doctors will use in the real world. Rather than having medical students learn every structure in the human body, it's more important they learn about how different parts relate to medical conditions, Olson said. The American Association of Clinical Anatomists, of which Olson was the past president, was founded in order "to bring together anatomy educators around the country who are part of this revolution in how anatomy is presented to health-care professionals," he said.

At most medical schools, students take an introductory gross anatomy course in their first year. But at Einstein College of Medicine, some students return to the lab several years later, during their medical residency. Einstein runs an anatomy lab for residents in the physical rehabilitation program of Montefiore Medical Center (the University Hospital for Einstein) — a kind of refresher course, as well as a chance for residents to augment their clinical experience.

"I think more and more schools and hospitals are realizing that they want to add this kind of additional education for residents," course director Sherry Downie, a professor of clinical anatomy and structural biology at Einstein, told LiveScience.

During the course, the residents study the musculoskeletal system of six major body areas: wrist and hand; shoulder; head and neck; lumbar spine; hip; and knee and ankle. They spend several sessions reviewing the basic anatomy, and then they have a chance to practice clinical tests on medical student volunteers acting as patients. This allows the residents to see how the various body systems function in living humans, then go back to the cadavers to gain an internal view of the relevant body parts.

For example, the resident might want to test for carpal tunnel syndrome, a painful condition caused by a pinched nerve in the wrist. The resident could perform "Phalen's maneuver," a diagnostic test for this condition, on the living volunteer patient, and then look at the nerves themselves on a cadaver. "We'll see something in our patients and we'll say, 'Why is this happening?' We'll go straight to that organ or that joint and we'll inspect it on the cadaver and find out what's going on," said third-year Montefiore resident Antigone Argyriou, one of the students in the anatomy course.

In the clinic, you can see that patients are in pain, but you can't see what's going on underneath the skin, Argyriou said. Having the cadavers is "like having X-ray vision," she said, "because then you can see the physics and see exactly why the pathology is painful."

The course also gives the residents a refresher of their basic anatomy knowledge. "I haven't dissected since medical school, and that was years ago, so it's nice to come back here and see it all over again now that I have a better understanding of it," Argyriou said.

The anatomy lab experience is very different as a resident than as a first-year medical student. First-year students are mostly focused on identifying structures from their textbook, whereas residents are interested in how the anatomy has clinical value, said fourth-year resident Sugym Kim.

For Kim and other residents who are returning for their third or fourth year, the lab is also a valuable teaching opportunity. It helps the junior residents understand why they're learning the anatomy, and how a musculoskeletal exam works, Kim said. And like Olson, he doesn't see the course going out of style:

"Anatomy is the basic foundation of medical science," Kim said. "It's just a basic, fundamental course you can't avoid or substitute with anything else."