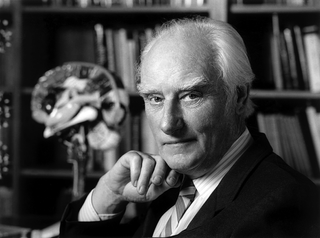 A new cache of letters released 50 years after Maurice Wilkins, Francis Crick and James Watson won the Nobel Prize for the discovery of DNA's structure reveals that not everyone agreed on which prize the trio should receive.

Wilkins, Crick and Watson ended up winning the 1962 Nobel Prize in Physiology or Medicine "for their discoveries concerning the molecular structure of nucleic acids and its significance for information transfer in living material," according to the official citation. But at least one scientist nominated them for the chemistry prize instead, researchers write this week (April 25) in the journal Nature.

Nature first published a series of three papers describing the structure of DNA by the team on April 25, 1953, making this year the 60th anniversary of the discovery. Watson, Crick, Wilkins and Rosalind Franklin (who died before the 1962 Nobel Prize was awarded) and their colleagues were the first to understand DNA's unique double-helix structure. [Photos: Crick DNA Nobel On the Auction Block]

Jan Witkowski and Alexander Gann of Cold Spring Harbor Laboratory in New York wrote to the Nobel committee to request the release of the nomination letters for the 1962 prize, as nomination letters are unsealed after 50 years. To their surprise, one letter seemed to be missing: That of Jacques Monod, a French biologist who would later win the Nobel Prize himself for research into the genetics of enzymes.

"We were surprised because both Jim Watson and Francis Crick said that Monod was one of the people who nominated them," Witkowski told LiveScience. In fact, in 1961, Crick sent Monod a nine-page letter telling the story of the DNA structure discovery, at Monod's request.

Monod worked at the Pasteur Institute in Paris, so Witkowski and Gann turned to the Institute's archives to solve the puzzle of the missing nomination. There, they found Monod's nomination letter — only sent to an unexpected address.

"It turns out that he nominated them for the chemistry prize, and not the medicine prize," Witkowski said. That's why the medicine or physiology committee had no record of the nomination, though the committees must have shared the nomination letters to decide which of the two prizes the DNA structure scientists should win.

The nomination letters also reveal that Franklin, who died in 1958, was never nominated for the Nobel Prize. There has been a lot of controversy over whether Franklin would have shared in the Nobel had she been alive in 1962, Witkowski said. (Nobels are not awarded posthumously.) Many have argued that Franklin's contributions were downplayed and overlooked by Watson and Crick.

As it turns out, Franklin died two years before the DNA structure was first nominated for the Nobel, which occurred in 1960. Wilkins, who did early work on DNA structure, was also not a major contender from the nominators' perspectives; of six nominations, not including Monod's, only one included Wilkins. Two others suggested that the committee might possibly include him, but didn't make a case for it. In his letter to Monod, Crick was insistent Wilkins should be nominated, however.

"It could be that the nomination Monod wrote, following Crick's advice, where he strongly endorsed Wilkins may have helped sway the committee," Witkowski said.

Another series of letters, these consisting of personal correspondence released in 2010, reveal that despite this nomination congeniality, there were professional rivalries between Watson and Crick and Wilkins — not to mention sexist attitudes toward Franklin. Another letter from Crick to his son explaining DNA went for a whopping $6 million at auction earlier this month.

Editor's Note: This article was updated at 11:40 a.m. Eastern time to correct the spelling of Jacques Monod's first name.