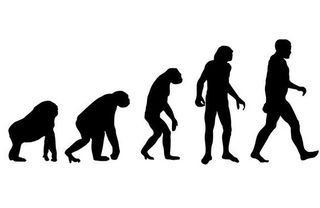 Update: This festival has been postponed due to a lockdown in Boston.

A beautiful scientific hypothesis can reduce the chaos of the world to a few, simple principles. Of course, it also helps if that explanation is true. A different kind of science festival that had been scheduled for April 20, however, will celebrate exquisitely argued evolutionary hypotheses — that just happen to be hopelessly, terribly wrong.

(The festival will be rescheduled for a later date.)

The first-ever BAH! (Festival of Bad Ad Hoc Hypotheses) will treat an audience at MIT to seven lectures on internally coherent, even convincing — but ultimately hilariously absurd — explanations of evolutionary adaptation.

The event was inspired by a joke in the science-obsessed Web comic "Saturday Morning Breakfast Cereal" (SMBC), which is co-sponsoring the festival, along with the comic's publisher Breadpig (also behind the science-geek comic XKCD), and the MIT Lecture Series. In the comic, a scientist imagines a prehistoric advantage to punting newborns into neighboring villages. [No Duh! The 10 Most Obvious Science Findings]

The ridiculous argument, made in absolute sincerity by the illustrated scientist, posits that infants are hairless to minimize drag, "football-shaped" to maximize puntability, and filled with soft bones to cushion the impact. Airmailing infants would have allowed early humans to spread their genes, the scientist argues to great applause, earning her a trophy of "Darwin looking doubtful."

All the hypotheses chosen for BAH! Fest will be of a similar nature, sharing ludicrous conclusions supported by careful evolutionary explanations. Many of the presentations will even reference published scientific papers and present real data, Zach Weinersmith of SMBC said. But the conclusions are all absurd, intentionally so.

In selecting presenters, BAH! Fest organizers looked for the use of real data, cleverness and artistry, parsimony and strength of defense. "Please note," the guidelines state, "Being funny is not a good defense. We want to see you actually defend your terrible, terrible theory!"

The winner of BAH! Fest, chosen by a panel of bona fide scientists, will earn a 3D-printed version of the trophy first imagined in the SMBC comic — a "depressed-looking Darwin," Weinersmith said, complete with a voice bubble admitting, "I guess so?"

Pure satire, the festival is intended, first of all, to make people laugh. But, like most good satire, the event also pokes fun at a real issue, in this case, the misuse of evolutionary theory.

The major criticism for evolutionary theorists is hyperadaptationism, "over-the-top" evolutionary ideas that try to explain too many of an organism's features as adaptations, said Hadassah Head, project coordinator for Binghamton University's Evolutionary Studies (EvoS) Program, which helped promote BAH! Fest.

Taking part in the festival "shows an awareness of the issue and the ability to joke about it and understand it," said Glenn Geher, professor and chairman of psychology at the State University of New York at New Paltz, and a member of the EvoS Consortium.

Weinersmith himself was inspired by a classic (or notorious) case of bad evolutionary theory, the aquatic ape hypothesis. First proposed in the 1940s, the theory imagines that human ancestors went through a sea-based stage, which would explain things like the species' relative hairlessness and greater ability to digest fish compared with other primates.

Despite seeming coherence, though, that theory has very little (if any) support from serious evolutionary theorists. "Clearly, it's crazy," Weinersmith said. BAH! Fest just takes that craziness to the extreme. And, serious satirical intent aside, the event has captured the enthusiasm of scientists and science fans alike.

"This is definitely the coolest project I'm ever going to be a part of," Head said.

The event sold out MIT's 450-seat auditorium, and a successful outing will likely lead to an annual or even biannual event in the future, Weinersmith said. The event is also part of the Cambridge Science Festival.