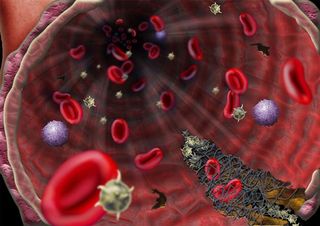 The news that the American Academy of Pediatrics is recommending cholesterol-lowering drugs for children as young as 8 years old has brought scorn against the medical establishment and the pill-popping American culture.

Newspapers and myriad websites across the globe ridiculed the AAP recommendation, announced on July 7, and questioned the connection between academia and the pharmaceutical industry. Hanna-Barbera, with perhaps cards close to chest, has been quiet about licensing Flintstone characters for chewable pills.

The recommendation does sound horrible. The only trouble is, this is not what the AAP or any doctor has recommended. Newspaper columnists and bloggers were simply reporting on what other media outlets said and not the actual report.

The AAP merely issued a set of guidelines on cholesterol in children, replacing a 1998 policy statement. These are published in the July issue of the journal Pediatrics.

The AAP report comes in the midst of an emerging epidemic of childhood obesity and early-stage diabetes, cardiovascular disease and hypertension — medical conditions once seen exclusively in adults. Childhood obesity, a rarity a generation ago, is nearly entirely the result of poor diet and physical inactivity.

Many news outlets ran editorials and commentary berating parents for not taking better care of their children. There's some truth to that. But the AAP report isn't saying to give up and just take a pill.

At issue are two new medical findings: People who die young of heart disease begin to develop symptoms of the disease — high blood pressure, or weakened or clogged arteries — as children, not as adults. And statins, a family of drugs that lower cholesterol, seem to be safe for adults.

The AAP knows well that upwards of 80 percent of heart attacks can be avoided by not smoking, exercising 30 minutes daily, eating well, maintaining a consistent and normal body weight, and drinking a little alcohol. These are results from the Nurses Health Study and other studies.

But there's the issue of the other 20 percent, those folks who do everything right but still die young from heart disease. Conditions such as high cholesterol in childhood likely increase their already high risk of dying young.

The rage is misplaced: The AAP guidelines are a vindication of the power of diet and exercise to lower cholesterol levels. They actually place limits on pharmaceutical intervention. And pharmaceutical companies aren't expected to cash in, because a miniscule number of children would be prescribed statins; and most statins are entering the post-patent, generic-drug (i.e. little profit) stage for the big companies.

What's nuts is putting an 8-year-old on statins. Adolescence is a black box. There's absolutely no data on what these powerful drugs would do to a young body going through the hormonal upheaval of adolescence.

If the AAP report has a fault, it would be not providing enough detail as to why the age of statin use can be as low as 8 instead of, say, 15. Also, there is no discussion in the report about the cost of lengthy statin therapy or the fact that cholesterol is but one risk factor for heart disease.

Maybe more is coming, although a call for blood pressure medication for children will likely cause just as many heart attacks. And Fred Flintstone isn't much of a role model, anyway.

Christopher Wanjek is the author of the books "Bad Medicine" and "Food At Work." Got a question about Bad Medicine? Email Wanjek. If it's really bad, he just might answer it in a future column. Bad Medicine appears each Tuesday on LiveScience.