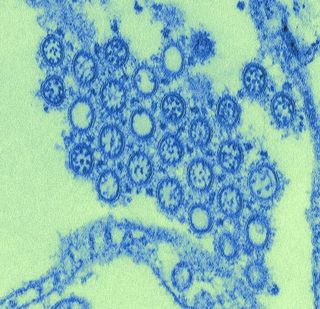 The number of people who died of swine flu during the 2009 H1N1 pandemic may be about 15 times higher than originally calculated, according to a new study.

Researchers now estimate that 284,500 people worldwide died of infection from the H1N1 virus, commonly called the swine flu, between April 2009 and August 2010. At the time, 18,500 deaths had been laboratory-confirmed as being due to swine flu, according to the study from researchers at the Centers for Disease Control and Prevention (CDC). It was expected that the original number would be revised upward, the researchers said.

Of the global swine flu deaths, the researchers estimated that 59 percent occurred in southeast Asia and in Africa, which together hold 38 percent of the world’s population.

The new numbers could be used “to improve the public health response during future pandemics in parts of the world that suffer more deaths, and to increase the public's awareness of the importance of influenza prevention,” said lead author Fatimah Dawood, a CDC epidemiologist.

Additionally, the researchers confirmed that swine flu killed an unusually high number of young people compared with seasonal flu viruses — 80 percent of those who died were under 65 years old, they said.

The study is published online today (June 25) in the journal the Lancet.

The researchers used data on H1N1 deaths from 12 countries of differing national income levels in making their global estimates. They included data on lower respiratory tract infection mortality rates from the World Health Organization to assess health differences across countries.

The data included medical information on people who experienced flu symptoms, as well as those who died from the flu. In general, the numbers from higher income countries were more accurate; the lack of accuracy in the data from low- and medium-income countries accounts for some of the wide variation in the estimate, according to the report.

For example, the estimated number of swine flu deaths in Mexico may be far too low, according to a comment by Dr. Cecile Viboud of the National Institutes of Health and Lone Simonsen of George Washington University, which was published along with the study in the journal.

"These results are likely to be refined as more studies from low-income and middle-income regions become available, particularly from China and India, where about a third of the world's population live but where little information is available about the burden of influenza,” Viboud said.

Pass it on: It’s possible that 15 times as many people died from swine flu than was originally anticipated.