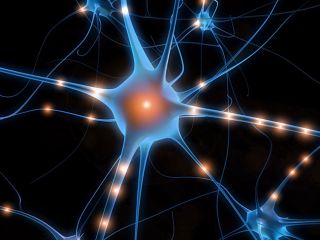 If you can't remember where you left the car keys, take comfort in a new study that suggests the brain's memory capacity may be far lower than once thought.

About 100 billion neurons, or brain cells, make up the average adult's brain, but the computer-based discovery shows our memory isn't based simply on neuron numbers. Instead, the limited amount of connections a neuron can make to other neurons may cut memory capacity.

"People have suspected this for a long time, but we've shown it's possible for the first time in realistic memory networks," said study co-author Peter Latham, a neuroscientist at University College London.

Latham and his colleague's findings are detailed online in the journal PLoS Computational Biology.

Neurons produce electrical signals that travel through each cell's 10,000-or-so "cables" of nerve tissue, each connected to another neuron to form a "network" of communicating cells. Latham explained, however, that neurons often produce random, meaningless signals that create noise in neuron-to-neuron speech.

"Thankfully, the vast amount of noise averages out so our brain can do something useful," Latham said, such as interpret the signals carrying the memory of where you last placed your car keys.

Neuroscientists think that neurons organize themselves into distinct networks, and that the strength of each synapse, or neuron-to-neuron connection, is what helps form a memory. To realistically simulate such networks, Latham and his colleagues used advanced computer models of brain activity.

The team found that as neurons' connection strength increased, so did the strength of the noisy signals.

"You can have as many neurons as you want in a network, but as memories are added and the connections get stronger, the noise gets so amplified that a network can only store about 500 memories," he said. Add any more memories, Latham suspects, and the noise would drown them all out.

A typical person's vocabulary alone is made up of at least 50,000 words, leading to the obvious conclusion: The brain can store more than 500 memories. Latham said our 3-pound (1.4-kilogram) hunk of intelligent flesh must use some creative methods to get around the stumbling block of neuronal noise.

"It's certainly possible that the brain is organized into thousands, or tens of thousands, of isolated networks," he said. Such a scenario would vastly multiply our brain's memory capacity but, more likely, the networks all link up in some way to form a redundant "Internet" of memory better able to create and recall memories.

While the finding may seed other discoveries among the mysteries of the brain, Latham is quick to point out that neuroscientists still aren't certain where—or how—memories are formed.

"We aren't even sure if memories are concentrated in one part of the brain, or spread around to all of it," he said. "Our finding is just one tiny piece of an exceedingly large puzzle I don't think will be solved until a thousand years from now."