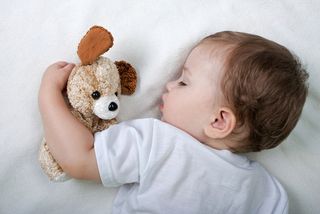 Residents of some states sleep more like babies than those living in other states, new research finds.
(Image: © Ilya Andriyanov | Shutterstock)

If you're looking to catch some zzzz's, location may be key, finds a new study ranking states according to residents' sleep problems and daytime fatigue. Among the sleepiest states, likely a reflection of the lack of quality sleep, were West Virginia, Oklahoma, Mississippi and Alabama.

"People need to understand that sleep is an important part of health. This study tells us that there are certain regions of the country struggling with sleep problems more than others," study researcher Michael Grandner of the University of Pennsylvania told LiveScience in an email. "If you live in one of those regions, you may want to talk to your doctor about sleep and think about what might be making it more difficult to get a good night's sleep."

Grandner added that policymakers and health-care providers may want to look into targeting these poor-sleep regions for services.

Grandner and his colleagues analyzed data from 157,319 participants who had answered two questions about how many days over the prior two weeks (from zero to 14) they had trouble falling asleep, staying asleep or sleeping too much. They also reported the number of days they felt tired or had little energy during that time. [5 Things You Must Know About Sleep]

The study, which relied on information from the 2006 Behavioral Risk Factor Surveillance System, included 33 U.S. states as well as the District of Columbia, Puerto Rico and the U.S. Virgin Islands.

The researchers chose a cutoff of six out of 14 days to indicate sleep disturbance and daytime fatigue. "That would mean three nights per week, which is also the most commonly accepted cutoff for determining whether insomnia is classified as a separate disorder," said Grandner, who is at the university's Center for Sleep and Circadian Neurobiology. "So it has some clinical relevance."

10 states with the highest sleep disturbance: (percent of individuals who reported six or more days of sleep issues)

10 sleepiest states: (percent of individuals with daytime fatigue for six or more days)

When examined by region, denoted by the U.S. Census Bureau, the researchers found the West had the fewest complaints of sleep disturbance and the South the most.

Even when these factors were accounted for, however, the team still found state differences in sleepiness and sleep disturbance, suggesting "there is an independent effect of 'place' on sleep disturbance and daytime fatigue that is not completely explained by demographics, socioeconomics, health, regional differences in sunlight and weather patterns, and other factors," they write in the current issue of the Journal of Clinical Sleep Medicine.

Other factors that they didn't look at but which may play roles in state sleep differences include culture and residents' attitudes about sleep, he added.

The researchers do caution that the study has its limitations, including the fact that some populous states like New York and Illinois were not included because there is no data available yet for these states. The questions asked also allowed for broad definitions of sleep issues and mean researchers can't definitively say what's behind the problems.