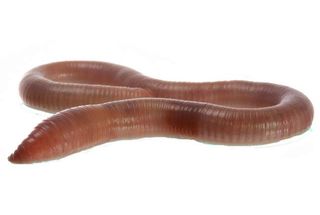 The origin of the human brain has been traced back to primitive central nervous systems in worms and bugs, researchers now say.

Humans and other vertebrates evolved from an ancient common ancestor that also gave rise to insects and worms, scientists have long known. But they're of course quite different today.

Vertebrates have a spinal cord running along their backs, but insects and annelid worms such as earthworms, which have simple organs that barely resemble a brain, have clusters of nerves organized in a chain along their bellies. So biologists have long assumed these systems—key to ultimately putting a brain to use—arose independently, only after the split.

In the new study, researchers at the European Molecular Biology Laboratory [EMBL] in Heidelberg examined they embryos of a marine annelid worm called Platynereis dumerilii, which has a nervous system unchanged for eons. They documented the molecular fingerprints of the developing nerve cells.

"Our findings were overwhelming," says study team member Alexandru Denes. "The molecular anatomy of the developing CNS [central nervous system ] turned out to be virtually the same in vertebrates and Platynereis. Corresponding regions give rise to neuron types with similar molecular fingerprints and these neurons also go on to form the same neural structures in annelid worm and vertebrates."

"Such a complex arrangement could not have been invented twice throughout evolution , it must be the same system," said Gáspár Jékely, another team member. "It looks like Platynereis and vertebrates have inherited the organization of their CNS from their remote common ancestors."

The results, published this month in the journal Cell, leave a nagging question: How did the central nervous systems get flipped from belly to backside or vice-versa?

"How the inversion occurred and how other invertebrates have modified the ancestral CNS throughout evolution are the next exciting questions for evolutionary biologists," said study leader Detlev Arendt.