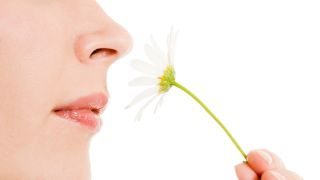 While brewing your morning coffee, you suddenly realize that you can't smell the freshly ground beans — could you have COVID-19?

In the past week, doctors around the world began sharing reports of smell and taste loss in patients with confirmed cases of COVID-19, the disease caused by the novel coronavirus SARS-CoV-2. Several groups of ear, nose and throat specialists have suggested that these could be coronavirus symptoms and so could serve as an early sign of infection, signaling people to self-quarantine before they develop a telltale cough or fever.

But as of yet, neither smell nor taste loss have been systematically studied in large groups of patients with COVID-19. "We're still in early days of understanding whether this association is real," said Steven Munger, director of the Center for Smell and Taste at the University of Florida (UF) and co-director of the UF Health Smell Disorders Program.

That said, until scientists know more, Munger said that "if you think you've lost your sense of smell or taste, you should self isolate." If further research reveals that the symptom is common and somehow linked to a person's overall prognosis, the precautionary measure could help doctors identify, isolate and triage potential COVID-19 cases without patients making a risky trip to the hospital, he said.

But again, barring further research, we can't say exactly how smell loss relates to COVID-19. "Many people out there already have olfactory loss, unrelated to the virus," said Dr. Thomas Hummel, a clinician and researcher at the Smell and Taste Clinic in the Department of Otorhinolaryngology at the Technical University of Dresden Medical School in Germany. Hummel belongs to an international research group called the Global Consortium for Chemosensory Research, which aims to determine whether smell loss truly is a common COVID-19 symptom, and if so, what that could mean for patients.

"I think we need some data," Hummel told Live Science.

Is the symptom common?

Complete smell loss, known as anosmia, and taste loss, called dysgeusia, are closely related ailments associated with a wide variety of conditions, from old age to head trauma to neurodegenerative disease, Munger said. Viral infection, including that caused by coronaviruses, is another common risk factor for both conditions, Hummel said.

Early data suggest that COVID-19 may also induce symptoms of anosmia and dysgeusia. For instance, a survey of 59 people in Italy found that 20 patients, or about 34%, reported at least one smell or taste disorder, and 11 people, or about 19%, presented with both. A similar survey of 100 patients at University Hospital in Bonn, Germany, found that about two-thirds of the patients noted smell or taste loss that lasted for several days. A survey of about 2,000 patients with a mild COVID-15 infection in South Korea, where diagnostic testing has been more widespread, reported that about 300 patients, or 15%, showed some degree of smell loss, according to Slate magazine.

Originally, the South Korean study reported that 30% of the surveyed patients had smell loss, and this initial figure was reported by The New York Times, among other outlets. The researchers revised the figure to 15% after including data from two additional days of patient screenings, Slate reported.

As more and more data pours in, the true proportion of patients with smell and taste loss should become clear, Hummel said. Scientists also need to determine when the symptoms emerge in most people, how severe they are through time, and if and when they dissipate, he said.

But why would patients show these symptoms in the first place? There are three potential explanations, Munger said.

In one scenario, SARS-CoV-2 could infect the inner lining of the nasal cavity, triggering localized inflammation. Inflammation in the nose can prevent incoming odors from reaching the cells that detect them, "basically just gumming up the works," Munger told Live Science. For example, chronic inflammation in the sinuses and nasal cavity — a condition known as chronic rhinosinusitis — is one of g the leading causes of smell loss, Hummel added.

Alternatively, the virus might specifically target cells in the nose that react to incoming odors. Receptors on these cells serve as docking stations for smelly chemicals, which once bonded to the receptor, jump-start a chemical and electrical reaction that passes information on to the brain. If the cells bearing smell receptors become infected and can't generate signals, a person could temporarily lose their sense of smell. Thankfully, because these sensory cells are often damaged by chemicals and pathogens, the body replaces them every 30 to 60 days, Munger said.

Beyond infecting nerve tissue in the nasal cavity, the virus could theoretically "also penetrate the cribriform plate, the bone between the nose and the brain, and infiltrate the olfactory bulb," the brain region where cells in the nose send smell information to be processed, Hummel said. A 2008 study of the SARS-CoV virus, which caused an outbreak of severe acute respiratory syndrome in 2002-2003, revealed that the coronavirus could penetrate the olfactory bulbs of transgenic mice.

From there, SARS-CoV went on to infect deeper structures in the mouse brains, causing extensive damage. Several review papers have suggested that SARS-CoV-2 may do the same in humans and potentially infect regions of the brain that support breathing and heart rate. If this proves to be the case, "some of the purely respiratory symptoms that you might attribute to the disease, the inability to get air into the lungs, might actually be defects in respiration controlled by the nervous system," Matthew Anderson, a neuropathologist at Beth Israel Deaconess Medical Center in Boston, told The Scientist.

But again, these hypotheses have yet to be supported with hard data.

Understanding the mechanism by which COVID-19 disrupts smell and taste could help doctors predict how patients with the symptoms might fare in the long run.

"I think it would be very interesting to know what it means for the prognosis of these patients," Hummel said. In addition to studying the symptoms of patients in the clinic, scientists could learn from autopsies of patients who have died from COVID-19, to assess tissue damage in the nose and brain, he said. "We can see what's happening in the brains, to be better equipped for future infections."

In the U.S., the University of Pennsylvania Smell Identification Test (UPSIT) serves as the gold standard for smell assessment, Munger said. The test consists of 40 scratch-and-sniff cards that challenge patients to match particular smells to one of four provided options, like an odorous multiple-choice exam. The equivalent test in Europe, which was developed in part by Hummel, is called a Sniffin' Stick. Both exams could be sent to patients and taken at home, allowing doctors to triage potential cases from afar, Munger said.

More informally, people can test their sense of smell using the so-called jelly bean test, he added. When you chew a jelly bean, taste receptors on your tongue pick up the sweetness of sugar, or the sourness of citric acid. Chemicals from the jelly beans also travel to the back of your throat and up into your nasal cavity, where they interact with smell receptors. Your brain sticks these taste and smell sensations together to identify the "flavor" of a food, so if you plug your nose and chew a jelly bean, its specific flavor disappears, leaving only sweetness or sourness.

"Then you open your nose and you get, wow, that's lemon, or orange or lime … that may be one semi-objective way of assessing yourself," Munger said.

Of course, until scientists clarify the link between smell, taste and COVID-19, the utility of these tests remains speculative. In Hummel's words, we still "we need some data."