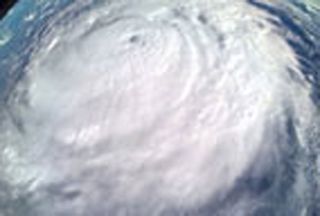 The past 10 years have seen more ferocious and more frequent hurricanes in the Atlantic Ocean and scientists are confident that there will be more to come. While some studies have suggested that global warming may be a contributing factor, many meteorologists instead believe that it is just part of a natural cycle.

The Atlantic hurricane season generally runs from the beginning of June to the end of November and produces approximately 10 named storms, approximately six of which turn into hurricanes.

Yet early in August, the government greatly boosted their forecasts for hurricanes this season, predicting that we could be in store for 7 to 9 hurricanes before late November when the Atlantic hurricane season ends. This is in addition to the seven hurricanes that have already occurred since the start of the season in June.

Some studies have suggested that global warming may be causing increases in hurricane intensity and frequency, but many scientists are skeptical.

"All signs that I've seen show that it's related to natural variability," said Eric Blake, a meteorologist at the National Hurricane Center (NHC). "There could be some impact of global warming, but its role is probably a secondary or tertiary role."

Chris Landsea, a meteorologist at the Atlantic Oceanographic and Meteorological Laboratory (AOML), agrees and doesn't believe there is currently enough science to back up the claim.

While many computer models predict that global warming will increase over the next century, the models disagree about what its effect on hurricane frequency will be.

"It's been a mixed bag," Landsea told LiveScience. "Some models suggest there will be more hurricanes, some less, and others suggest that it will depend on the area."

Contrasting an earlier study, Landsea predicts that even if global warming were to increase over the next 100 years, its effects on hurricane intensity will be minor, resulting in perhaps a 5% increase in rainfall and winds.

Instead of being due to global warming, Landsea believes that the current increase in hurricane activity is part of a natural cycle that scientists call the Atlantic multi-decadal mode. Every 20 to 40 years, Atlantic Ocean and atmospheric conditions conspire to produce just the right conditions to cause increased storm and hurricane activity.

The Atlantic Ocean is currently going through an active period of hurricane activity that began in 1995 and that has continued to the present. Scientists consider the period prior to that--the years from 1971 to 1994--to be a quiet period of low hurricane activity.

"Coring work in the Central Atlantic show that such cycles have been occurring for centuries if not more than a thousand years," Landsea said.

So while it is true that hurricanes are getting stronger and appearing at greater frequencies over the past few decades, it's only to be expected, Landsea said.

Stan Goldenberg, a meteorologist also from AOML, gave a simple analogy: "It's like if you're sitting in New York, and in July it hits 95 degrees, and you say 'My goodness, back only 6 months ago we were 5 below zero, this is clearly a trend, this must be global warming!'"

Goldenberg pointed out that the current active hurricane period is very similar in both frequency and intensity to the previous active period, which lasted from the late 1920's to 1970.

Another factor that may be contributing to the illusion that hurricanes are becoming fiercer and appearing more frequently is that hurricane detection and monitoring instruments improved dramatically during the last century.

"The counts from the late 1920's to the late 1960's are probably less than what actually occurred, because we didn't have satellites looking down from space and monitoring everything all the time," Landsea said.

But even if the increase in hurricane activity is natural people need to still stay alert, Goldenberg said. "For this year, it ain't over, and people need to be prepared."