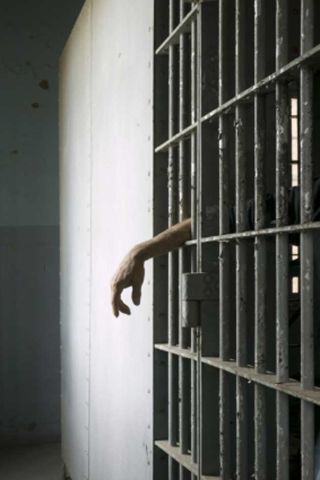 Being impulsive at the shopping mall is one thing, but the personality trait at the extreme is linked to violence and criminal behavior. Now scientists have found a gene mutation behind such impulsive behavior.

The gene mutation affects the action of the neurotransmitter serotonin, a hormone known to be related to self-control, according to the researchers.

The mutation, which is found only in Finnish populations, shows up three times more often in violent criminal offenders than in psychologically healthy Finns, the study found. However, the researchers caution that the mutation itself does not cause impulsivity, but may play a role along with factors like gender, alcohol consumption and stress.

"We've known that impulsivity is strongly influenced genetically, but here's a severe genetic variant that does contribute to it," study author David Goldman, a geneticist at the National Institute on Alcohol Abuse and Alcoholism (NIAAA), told LiveScience.

Earlier studies have found that low serotonin levels are associated with impulsive behavior. Research also has suggested a heritable component to impulsive behavior and to disorders involving impulsivity, such as attention deficit hyperactivity disorder (ADHD).

In the current study, researchers recruited 96 Finnish men who were in jail for violent offenses and 96 psychologically healthy Finnish men who were not incarcerated. Finns were chosen for the study, because the Finnish population is more isolated than other populations and therefore hosts a less-diverse array of genetic mutations.

Goldman and his colleagues analyzed each man's genome, focusing on 14 genes known to be related to the function of the neurotransmitters dopamine and serotonin. They found a mutation on a gene called HTR2B was associated with impulsive, violent behavior. HTR2B contains the instructions for a serotonin receptor found all over the brain, especially in the frontal lobe, the seat of impulse control. The mutation in HTR2B is a misplaced "stop codon," or genetic code that halts the transcription of a gene into a functional product. The stop codon prevents the expression of the serotonin receptor.

Seventeen of the 96 inmates had the gene mutation, a rate three times that of the non-incarcerated participants. On average, the prisoners had committed five violent crimes apiece, 94 percent of which occurred under the influence of alcohol. The crimes were not premeditated and were usually an overreaction to a minor incident, the researchers report. The study also revealed that 70 percent of participants with the mutation had displayed suicidal behavior.

Genes aren't destiny, the researchers were quick to warn.

"The [mutant] allele can be regarded as one determinant of behavioral variation," the researchers wrote. "However, the presence of [the mutation] was not in itself sufficient: male sex, testosterone level, the decision to drink alcohol, and probably other factors such as stress exposure, all have important roles." (An allele is a gene variant.)

In other words, Goldman said, the gene isn't sufficient to turn someone to a life of crime.

"What we've extrapolated is that over 100,000 Finns carry this variant," he said. "Most of them will never commit any highly impulsive act, much less a criminal act."

The fact that the mutation is only present in Finns is a reminder of the genetic diversity of complex traits like psychiatric disorders or propensity toward impulsivity, University of California, San Diego psychiatrist John Kelsoe wrote in a News & Views article accompanying the study.

"But although this specific mutation is absent in non-Finnish populations, different mutations in the HTR2B gene might operate in other populations," Kelsoe, who was not involved in the study, wrote.