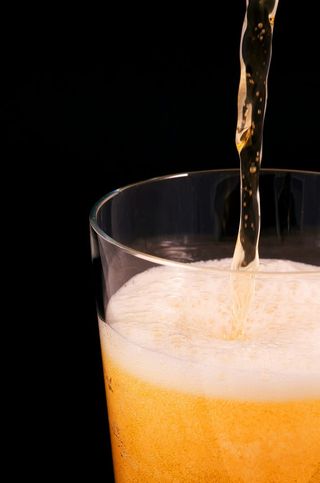 Getting drunk increases the risk for violent behavior, but only for people who have a strong tendency to suppress feelings of anger when sober, a new Scandinavian study suggests.

While previous studies have found a link between drinking and aggressive or violent actions, many of these were either performed in a laboratory, which does not necessarily reflect what real-world drunkenness, or based on surveys from a single time period.

Studies carried out over a longer time provide a better clue as to whether drinking actually causes violence, or the behavior is instead due to other factors, such as personality traits.

The new study was based on surveys from nearly 3,000 adolescents and young adults in Norway. The participants were assessed twice, first at 16-17 years of age and again at ages 21-22.

Several survey items also gauged their tendency to suppress anger, including "I’m often angrier than I am willing to admit, I often boil inside, even if it doesn’t show."

Among individuals who reported a high inclination to suppress feelings of anger, a 10-percent increase in drinking to the point of intoxication was associated with a 5-percent increase in violence. So those who held in their anger were more likely to get drunk and that drunkenness was linked to an increase in the likelihood of getting into a brawl. The researchers observed no such association among those who did not habitually suppress their angry feelings.

"Only a tiny fraction of all drinking events involve violence," the researchers write in the June 21 issue of the journal Addiction. "And whether intoxicated aggression is likely to occur seems to depend on the drinkers' propensity to withhold angry feelings when sober."

Those with pent-up rage might act violently, because drinking alcohol can result in loss of self-control, the researchers say.

The study was carried out by researchers at the Swedish Institute for Social Research, and the Norwegian Institute for Alcohol and Drug Research.