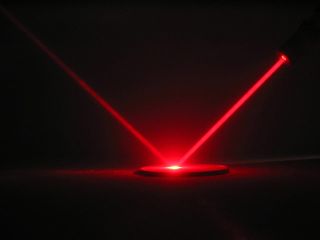 Photo taken by interact images. (danc222) There are no usage restrictions for this photo

A new radar system is virtually undetectable because its signal resembles random noise, according to researchers at Ohio State University.

The radar could be of use to the military and law enforcement, the scientists said today.

The radar uses a very low-intensity signal across a wide range of frequencies, so a TV or radio tuned to any one frequency would interpret the radar signal as a very weak form of static.

"Almost all radio receivers in the world are designed to eliminate random noise, so that they can clearly receive the signal they're looking for," said Eric Walton, who led the work. "Radio receivers could search for this radar signal and they wouldn't find it. It also won't interfere with TV, radio, or other communication signals."

To put it another way, the bandwidth of the new device is thousands of times broader than the signals it might otherwise interfere with, Walton explained.

Like traditional radar, the "noise" radar detects an object by bouncing a radio signal off it and detecting the rebound.

The new radar can be tuned to penetrate solid walls, just as a TV signal does. The military could use it to spot enemy soldiers inside a building, or police could catch speeding drivers without setting off their radar detectors.

Walton, whose team is filing for a patent on the device, said the components cost less than $100.