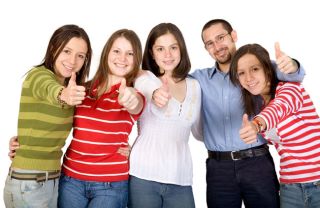 Scientists who have attempted to determine if people had "good taste" in forms of cultural entertainment, such as movies, found that the opinions of experts—the standard bearers for good taste—usually didn't mesh with what was popular with the masses.

While such findings seemed to confirm the snobbish belief that ordinary people lacked good taste, these previous studies typically relied on data from box office returns, which can be skewed by marketing campaigns and the movie industry's ability to orchestrate mega-profitable opening weekends, and don't truly reflect the preferences of movie-goers.

To get the movie public's actual opinions, researchers Morris B. Halbrook from Columbia University and Michela Addis from Bocconi University in Italy, analyzed movie reviews written by ordinary web users, including those posted on the popular movie web site IMDB.com.

The results of the study, to be published in the October issue of the Journal of Consumer Research, revealed that when the influence of marketing isn't present, both regular folks and experts tended to agree on which films deserved a thumbs-up or an ill-fated thumbs-down.

"When controlling for marketing-related aspects of a film’s commercial impact," the researchers wrote, "our findings support the conclusion that ordinary consumers show 'good taste' to a degree hitherto not recognized."