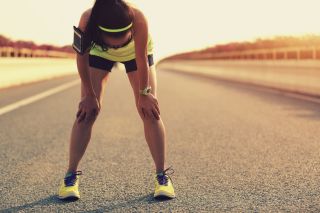 Humans rely on homeostasis to keep their core temperature hovering around 98.6 degrees Fahrenheit, so that their bodies can maintain proper function. When overheated, thermosensors in the skin and brain sound an alarm, initiating a chain reaction that directs the body to sweat and flush.
(Image: © Shutterstock)

Homeostasis is the ability to maintain a relatively stable internal state that persists despite changes in the world outside. All living organisms, from plants to puppies to people, must regulate their internal environment to process energy and ultimately survive. If your blood pressure skyrockets or body temperature plummets, for example, your organ systems may struggle to do their jobs and eventually fail.

Why homeostasis is important

Physiologist Walter Cannon coined the term "homeostasis" in the 1920s, expanding on previous work by late physiologist Claude Bernard. In the 1870s, Bernard described how complex organisms must maintain balance in their internal environment, or "milieu intérieur," in order to lead a "free and independent life" in the world beyond. Cannon honed the concept, and introduced homeostasis to popular audiences through his book, "The Wisdom of the Body" (The British Medical Journal, 1932). [The 7 Biggest Mysteries of the Human Body]

Hailed as a core tenet of physiology, Cannon's basic definition of homeostasis remains in use today. The term derives from Greek roots meaning "similar" and "a state of stability." The prefix "homeo" stresses that homeostasis doesn't work like a thermostat or cruise control in a car, fixed at one precise temperature or speed. Instead, homeostasis holds important physiological factors within an acceptable range of values, according to a review in the journal Appetite.

The human body, for example, regulates its internal concentrations of hydrogen, calcium, potassium and sodium, charged particles that cells rely on for normal function. Homeostatic processes also maintain water, oxygen, pH and blood sugar levels, as well as core body temperature, according to a 2015 review in Advances in Physiology Education.

In healthy organisms, homeostatic processes unfold constantly and automatically, according to Scientific American. Multiple systems often work in tandem to hold steady a single physiological factor, like body temperature. If these measures falter or fail, an organism may succumb to disease, or even death.

How homeostasis is maintained

Many homeostatic systems listen for distress signals from the body to know when key variables fall out of their appropriate range. The nervous system detects these deviations and reports back to a control center, often based in the brain. The control center then directs muscles, organs and glands to correct for the disturbance. The continual loop of disturbance and adjustment is known as "negative feedback," according to the online textbook Anatomy and Physiology.

For example, the human body maintains a core temperature of about 98.6 degrees Fahrenheit (37 degrees Celsius). When overheated, thermosensors in the skin and brain sound an alarm, initiating a chain reaction that directs the body to sweat and flush. When chilled, the body responds by shivering, and reducing blood circulation to the skin. Similarly, when sodium levels spike, the body signals the kidneys to conserve water and expel excess salt in concentrated urine, according to two NIH-funded studies.

Animals will also adjust their behavior in response to negative feedback. For example, when overheated, we may shed a layer of clothing, move into the shade, or drink a cold glass of water.

The concept of negative feedback dates back to Cannon's description of homeostasis in the 1920s, and was the first explanation of how homeostasis works. But in recent decades, many scientists argue that organisms are able to anticipate potential disruptions to homeostasis, rather than only reacting to them after the fact.

This alternate model of homeostasis, known as allostasis, implies that the ideal set point for a particular variable can shift in response to transient environmental changes, according to a 2015 article in Psychological Review. The point may shift under the influence of circadian rhythms, menstrual cycles or daily fluctuations in body temperature. Set points may also change in response to physiological phenomena, like fever, or to compensate for multiple homeostatic processes taking place at the same time, according to a 2015 review in Advances in Physiology Education.

"The set points themselves aren't fixed but can show adaptive plasticity," said Art Woods, a biologist at the University of Montana in Missoula. "This model allows for anticipatory responses to upcoming potential disturbances to set points."

For example, in anticipation of a meal, the body secretes extra insulin, ghrelin and other hormones, according to a 2007 review in Appetite. This preemptive measure readies the body for the incoming flood of calories, rather than wrestling to control blood sugar and energy stores in its wake.

The ability to shift set points allows animals to adapt to short-term stressors, but they may fail in the face of long-term challenges, such as climate change.

"Activating homeostatic response systems can be fine for short periods of time," Woods said. But they're not designed to last for long. "Homeostatic systems can fail catastrophically if they are pushed too far; so, although systems may be able to handle near-term novel climates, they may not be able to handle larger changes over longer periods of time."

Homeostatic systems may have primarily evolved to help organisms maintain optimal function in different environments and situations. But, according to a 2013 essay in the journal Trends in Ecology & Evolution, some scientists theorize that homeostasis primarily provides a "quiet background" for cells, tissues and organs to communicate with each other. The theory posits that homeostasis makes it easier for organisms to extract important information from the environment and shuttle signals between body parts.

Regardless of its evolutionary purpose, homeostasis has shaped research in the life sciences for nearly a century. Though mostly discussed in the context of animal physiology, homeostatic processes also enable plants to manage energy stores, nourish cells and respond to environmental challenges. Beyond biology, the social sciences, cybernetics, computer science and engineering all use homeostasis as a framework to understand how people and machines maintain stability despite disruptions.