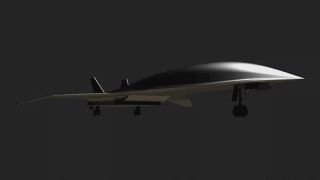 A U.S. venture-capital firm recently led a round of seed investment for Hermeus Corp., a new startup looking to develop a hypersonic aircraft.

Hermeus also announced its advisory board in a statement issued May 13; the board includes the former president of Blue Origin and former associate administrator of the Federal Aviation Administration.

The mission of this aerospace startup is to increase the speed of air transportation by developing vehicles that can fly ''in excess of Mach 5 — over 3,000 miles per hour [4,800 km/h]. At Mach 5, flight times from New York to London will be reduced from 7 hours to 90 minutes,'' Hermeus officials said in the statement. Mach 1 is approximately the speed of sound traveling through Earth's atmosphere.

The idea is to connect the world's cities ''significantly faster than ever before,'' which Hermeus CEO A.J. Piplica likened to the broadband era of data transmissions.

The round of seed investment led by Khosla Ventures (with additional participation from private investors) will continue the development of Hermeus' hypersonic propulsion system, the statement said.

''Hermeus is developing an aircraft that not only improves the aviation experience with very reduced flight times, but also has the potential to have great societal and economic impact," Vinod Khosla, founder of Khosla Ventures, said in the statement.

Hermeus will join a burgeoning field in aerospace. A year ago, NASA gave the aerospace and defense contractor Lockheed Martin a $241.5 million contract to develop a quiet supersonic plane that could fly by mid-2022. In June 2018, Boeing unveiled its hypersonic plane concept at the Aviation and Aeronautics Forum in Atlanta. Two years ago, the startup Boom Technology partnered with Virgin Galactic founder Richard Branson to create a carrier that could reach Mach 2.2.